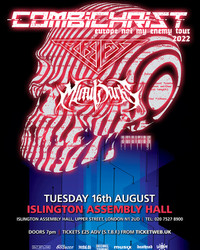 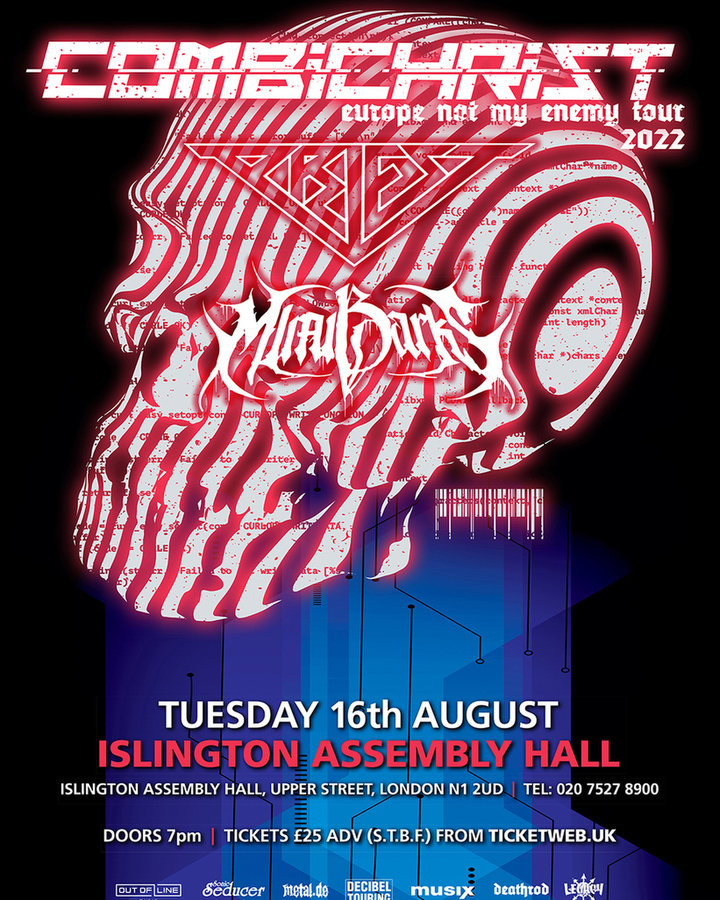 The leading act of the Industrial Core movement Combichrist is Norwegian 'Icon of Coil'-founder Andy LaPlegua when in the studio, augmented by a revolving cast of musicians for their intense live shows. In 2019 Combichrist released their ninth studio album, 'One Fire' – a retrospective of sorts, it saw LaPlegua drawing on ideas from across the breadth of the group's career.
Initially cutting his teeth in the seminal Norwegian hardcore bands My Right Choice and Lash Out, Combichrist founder and vocalist Andy LaPlegua segued out of that scene into the electronic music world with Icon of Coil. It wasn't until 2003 that LaPlegua founded Combichrist - the project that would soon dominate his time. A departure from IOC's futurepop sound, Combichrist took LaPlegua's hardcore past and electronica present and merged them into a singular, mechanical music monster.

Since releasing the first album 'The Joy of Gunz' in 2003, LaPlegua and Combichrist have toured the world several times and supported their friends in Rammstein in 2009 on their European tour and on their sold out Madison Square Garden show in 2010. We're happy to have Combichrist back in 2021 on their 'Europe Not My Enemy Tour' which will include 35 dates in twelve different countries.