Death Angel at The Underworld - London 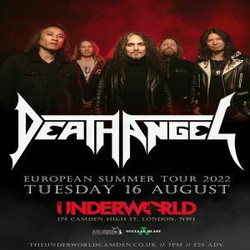 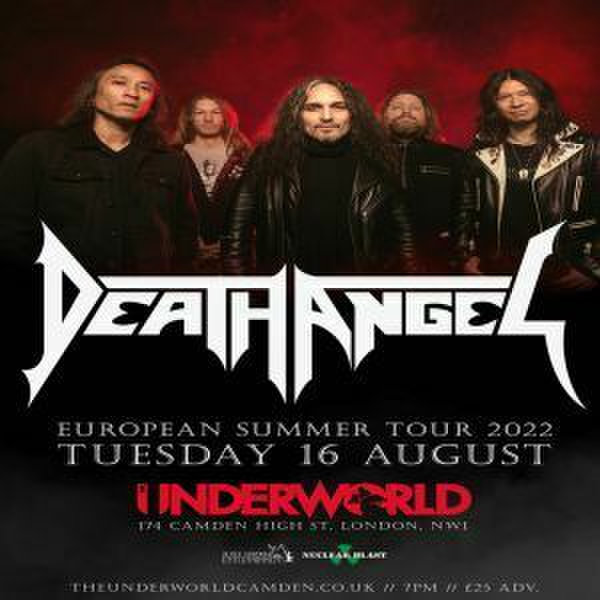 Death Angel is an American thrash metal band from Daly City, California, initially active from 1982 to 1991 and again since 2001. Death Angel has released nine studio albums, two demo tapes, one box set and three live albums. The band has gone through several line-up changes, leaving guitarist Rob Cavestany as the only constant member; he and vocalist Mark Osegueda (who joined the group in 1984) are the only members of Death Angel to appear on all of their studio albums.

Death Angel is often referred to as one of the key bands in the Bay Area thrash metal movement of the 1980s, and secured opening slots at club venues that decade, including opening for their peers Megadeth, Metallica, Slayer, Exodus, Testament, Overkill, D.R.I., Mercyful Fate and Possessed. They are also often credited as one of the leaders of the second wave of thrash metal movement from the 1980s, and considered to be one of the "big eight" of the genre (along with Metallica, Megadeth, Slayer, Anthrax, Testament, Exodus and Overkill), as well as one of the so-called "Big Six of Bay Area thrash metal" (alongside Exodus, Testament, Laaz Rockit, Forbidden and Vio-lence).