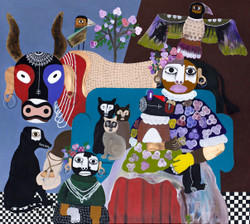 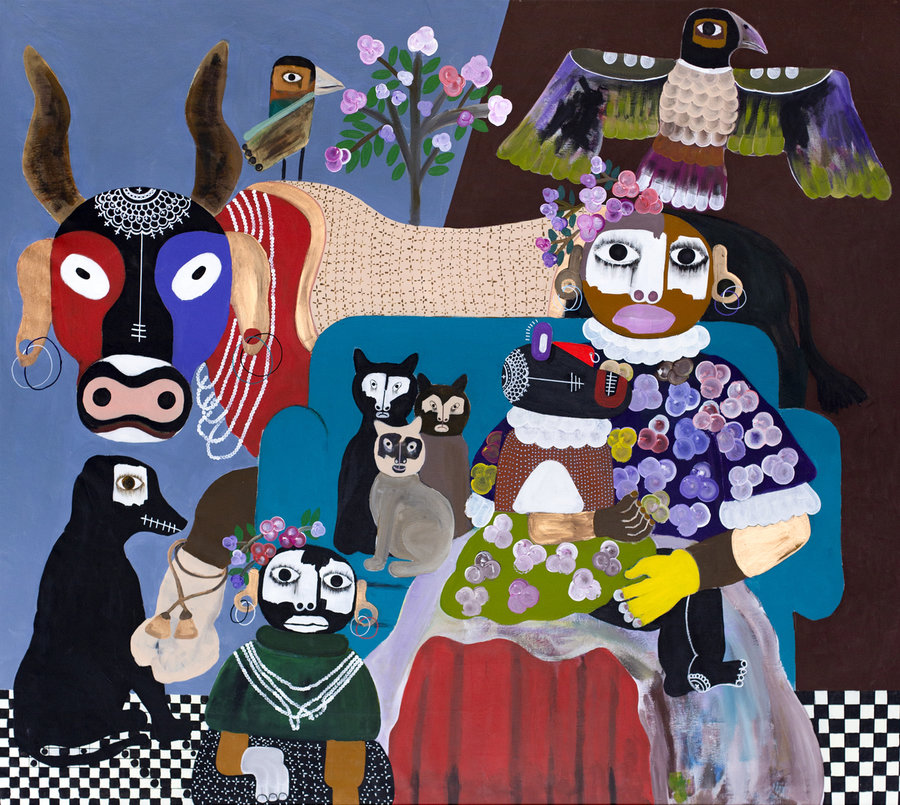 Born in Ghana, Marfo developed his interest in art and visual culture through the traditional Akan artifacts, sculptures and carvings that he was exposed to as a child. Akan art remains a vital influence for Marfo in his work today. The distinctive figures in his paintings are inspired by the forms of Akan fertility dolls as well as other African carvings. In addition, his work contains strong visual references to his Ghanaian childhood. The country's flowers, textiles and colours, he says, flood his memory on a daily basis.

After travelling to New York in the 1990s, Marfo moved to London in 1999 making the city his home ever since. London brought him into contact with a multitude of people from different cultures, making him more conscious of his own. "I want people to see my work as a reflection of my Akan culture and my struggles living in the West." He says. As a consequence, he developed a unique style that is drawing a great deal of attention in the London art world.

Dreaming of Identity presents fifteen new paintings created in the past year. A series of nine portraits entitled 'Strangers' is based on casual encounters with Londoners, and six large-scale figurative paintings that depict families, animals and social gatherings, inspired by people he has met. Through these works, the exhibition unveils Marfo's rich observations on the different people and cultures he has encountered. For example, startling works such as Dowager depict the social stigma attached to single parenting, and Noble presents Kojo's observations on the huge importance of cows in society-in the areas of diet, family life, livelihood, economy, impact on sustainability, social status as well as their ritual significance- on a cross-cultural basis.