http://peticaopublica.com/pview.aspx?pi=PT7532
A recent article printed by the 'Algarve Resident' has brought open condemnation of this obnoxious canil, the municipal vet and his workers - and the city's mayor! Posts are appearing over social-networking communities outlining the torture of dogs and cats in the supposed care of the canil: cats buried alive and left to starve to death; at least, one dog operated on without anaesthetic- most likely there are more- and the brutal level of care!! The mayor's response is one of abject complacency which can, quite easily, be summed up as a SMIRK!! Rather than address the ongoing problem in a civilized manner, the mayor merely resorts to puerility! Unacceptable Mr. mayor!

Further details and posts in defense of abused may be found on: SOS Animals Algarve and other reputable animal-welfare groups here in the Algarve. It must be stated that other municial canils give free access to the public wherein proper care of animals can easily be seen as opposed to Loule canil which operates almost secretively! Respectable municipal canils and all animal welfare groups have demonstrated, admirably, their willingness to cross-share information - the welfare of animals in their care being their prime concern! All reputable animal-welfare groups welcome support in re-homing animals in their care. LOULE CANIL SHOULD FOLLOW THEIR EXAMPLE!! 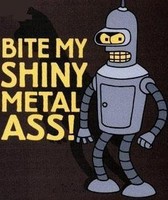