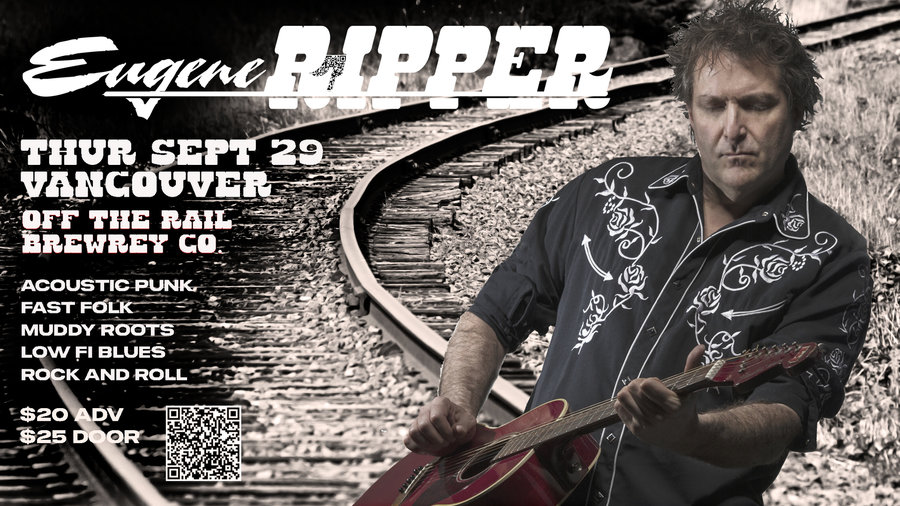 Off The Rail Brewing

CHATTER
"Toronto's underexposed gem Eugene Ripper has been honing his unique brand of fast-folk with a punk rock ethos for a lifetime. Don't miss a chance to be transported to his noir universe." POP MONTREAL

" ... rippin' guitar slinger from Stark Naked and The Fleshtones, now playing ofton barbed, fast n furious folk, with a punk stance and a nod to the roots of rock and even film noir. Great stuff." SMASH UK