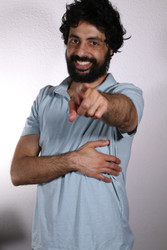 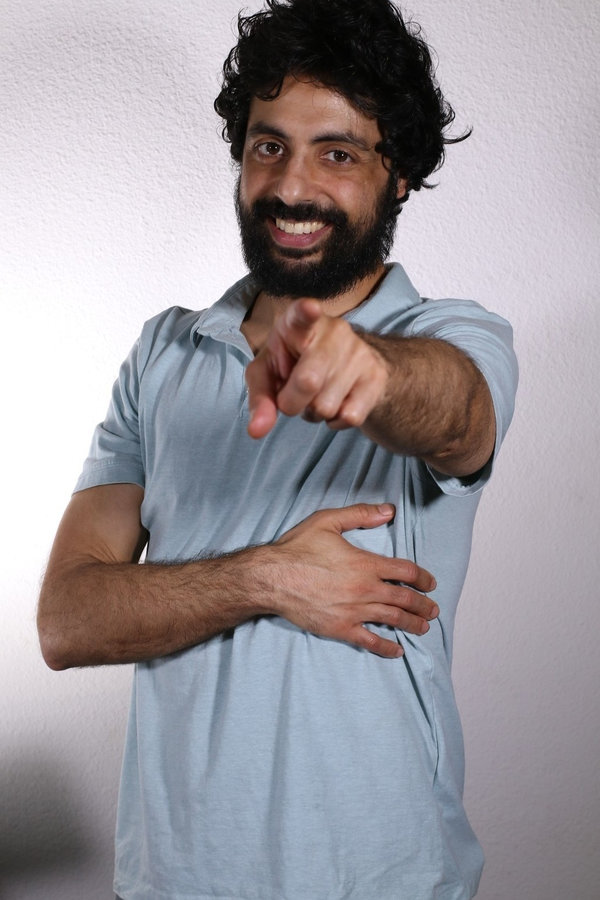 Lebanese-Palestinian-Syrian-Italian-American, born in Oakland, California, Sammy Obeid (Twitter, Instagram, Facebook) is best known for his 1,001-day streak of consecutive comedy performances. It began on December 26th, 2010, and concluded on September 21st, 2013– four days after an appearance on TBS's Conan. Breaking the old world record on Day 731, Sammy set the new one at 1,001 Arabian Nights of Comedy.

Over the course of the streak, he appeared on NBC's America's Got Talent and advanced to the Las Vegas round, and became the first comedian to perform on The Food Network in Throwdown with Bobby Flay. Splitsider conducted an extensive interview with him entering the home stretch. LA Weekly praised Sammy's "sheer force of will" in performance and lifestyle, and LA Mag recommended his show highly. He was profiled in TIME Magazine, followed soon after by an article in the New York Times. Published on his final day, it describes his material as "full of wordplay" and "clever misdirection."

All seats are sold by the table for two or four guests. Guests must arrive at the gate wearing masks and will be temperature checked. Each table is properly socially distanced and you may remove your masks to eat and drink.