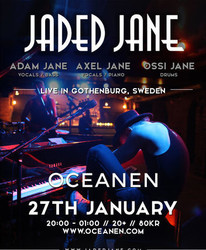 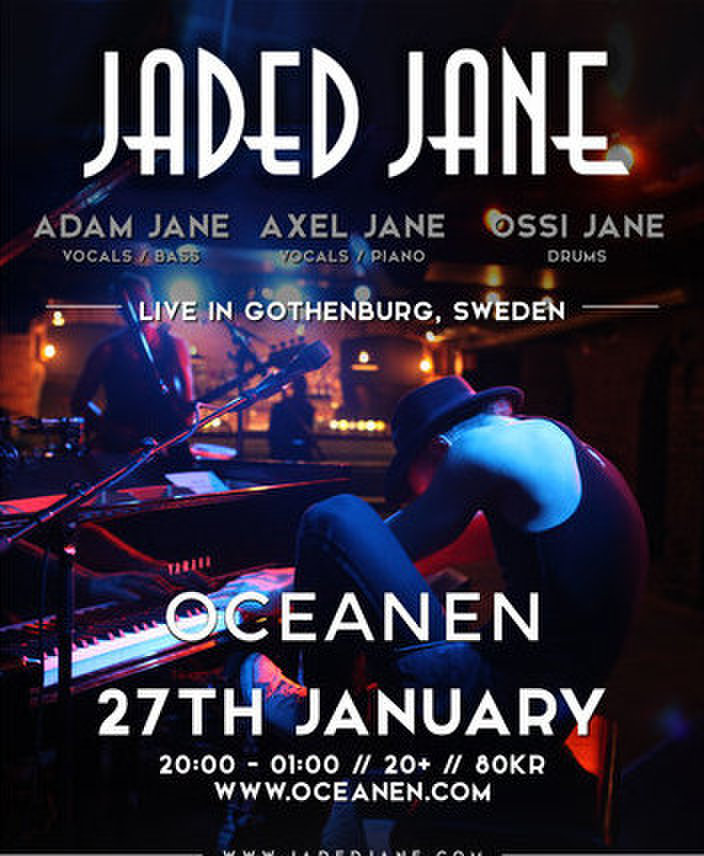 With an inner urge to create music, the story of brothers Axel & Adam began sometime during the 1990's, growing up to the sounds of Motown, The Beatles and Michael Jackson to name a few. Playing together since they were in dipers, the core of "Jaded Jane" has always been the chemistry between the two creators!.

As kids they always said, “ We’ll go to New York City, if you can make it there, you can make it everywhere". Back in 2007 Jaded Jane moved from their hometown Gothenburg in Sweden to pursue their musical career in New York, spending 10 years back and forth performing and producing music with artists such as Mike Stern, Frank Mccomb, KJ Denhert and mixing engineer Åke Linton, who they consider to be the third member of Jaded Jane, and an essential part of the soundscapes created in their 3 full length Studio Albums.

With three full length albums "Diversity", “One Way” and the latest “Always & Forever” released, and newly released videos for “Starting Over”, “LIFE”, “Breathing” and “Inevitable” out, Jaded Jade are continuing to explore new realms of writing and recording, and hope to perform at a venue near you soon.