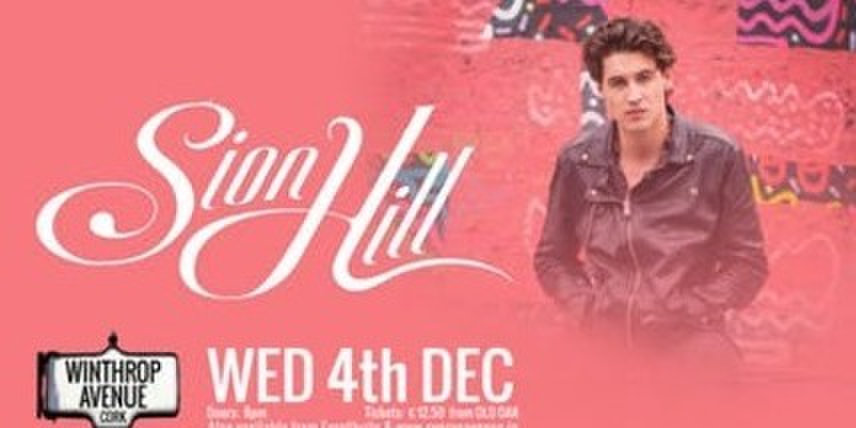 Waking up in the afternoon. Midnight jamming over cups of tea to ‘Faces’, ‘Arctic Monkeys’, ‘Paolo Nutini’ and ‘John Mayer.’ Wearing out the grooves on his parent’s Led Zeppelin records…With the inspiration of Dublin as a backdrop, Irish songwriter Nathan Johnston began writing and recording music in his teens and playing in various bands in bars and coffeehouses in the city.After moving to Berlin in 2016, Johnston adopted the moniker ‘Sion Hill’, as a homage to his Irish roots. In 2016, Sion Hill was signed to independent record label ‘Clouds Hill’ in Hamburg and released his debut record,’Elephant’ in August 2017. It was dubbed by MYP magazine as:- “A brilliant, spontaneous-sounding piece of solo-male pop with some 60’s elements and carefully used jazz skills—all wrapped in a handsome-but-never-too-slick dandy look.” - Katharina Weiß
Hill has been featured in Spotify Germany's 'New Music Friday' and the Irish Times ‘song of the week.’ In 2017 he toured Ireland, the UK and Germany, played Electric Picnic Music Festival, Cardinal Sessions. He has supported; A-ha!, Jim James, St. Paul &amp; the Broken bones, Alice Merton, Lilly Among Clouds &amp; Peter Doherty (of Babyshambles; The Libertines.)