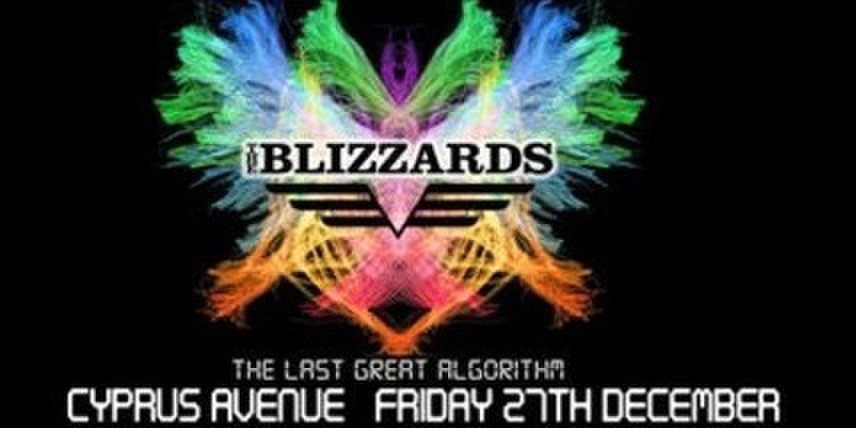 NEW ALBUM ‘The Last Great Algorithm’ Released 15 October 2019NEW FILM ‘The Blizzards: Behind The Music’ Dublin Premiere, 20 SeptMulti-award winning Irish power punk pop band The Blizzards are making an exciting triple announcement today with the release of an album, a film and a tour.The Blizzards, bruised and battered after releasing 2 albums with major labels, have decided to go it alone with the release of their highly anticipated third album “The Last Great Algorithm” independently. The albums release has been so long awaited that the band even made a film, “The Blizzards: Behind The Music”, cataloging the entire process with its’ Dublin premiere set to take place at the IFI next month.One of the most anticipated albums of the year, “The Last Great Algorithm” hits stores and goes live on all digital platforms on 15 October 2019. Produced by Philip Magee (Kodaline, The Script), “The Last Great Algorithm” presents exceptional levels of creative originality with first single “Who Would Want To Be In A Guitar Band?” available digitally from 20 September and dropping at radio today.Speaking of the single Bressie of The Blizzards said: “The track was borne out of the very considered feedback from a media playlister about the perception that one of our songs was “too guitary”. Shocked at realising that guitars were now illegal, we had two choices. Give up, or write this song. We gave up actually. But our manager kicked our asses so here’s the song we wrote to retaliate.”As if the album wasn’t enough to look forward to, a tell-all star studded short film that documents the band’s exploits over the past year is being released to the big screen with the Dublin premiere taking place in Dublin’s Irish Film Institute (IFI) on 20 September and follows its screening at the Galway Film Fleadh in July.A chance to get up close and personal with the band, the Jeff Doyle directed film, follows Bressie, Dec, Justin and Louize and their by all accounts, unorthodox, manager Duncan a