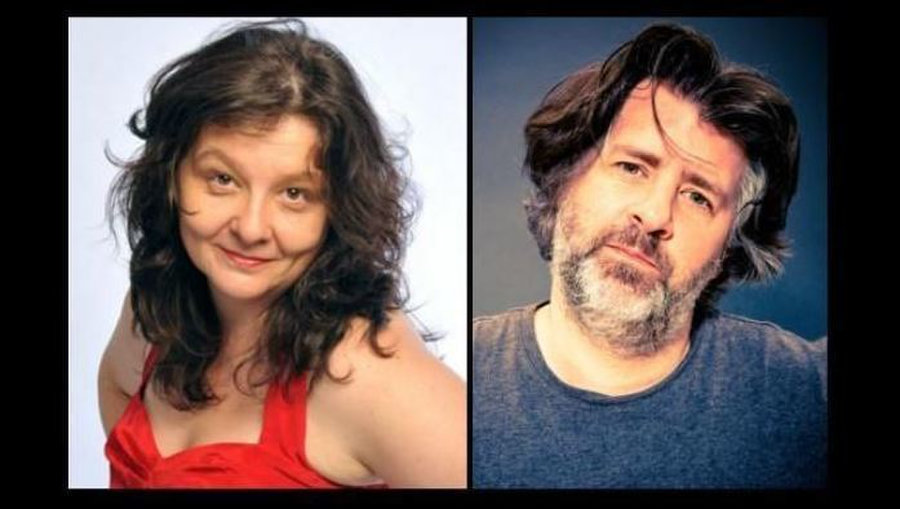 So bring your partner, colleagues, friends, tinder date(s) for a great evening of laughs! Each show has 2 headliner pro acts, an MC, and someimes surprise support acts.

Maureen Younger (UK) is a London-Scot who has spent her entire life as an outsider. She takes us through this struggle in a show which uncovers heridentity as a black Scottish lesbian – despite her English accent, white skin and heterosexuality. And when she’s not performing as a comedian, she acts in movies and television series, such as Band Of Brothers.

Christian Talbot (IRELAND) is a stand-up comedian from Dublin, based in Northern Ireland. In 2012 he was one of the finalists in Amnesty International’s Secret Policeman’s Ball “World’s Shortest Gig”. “An absolutely engaging performer. The women next to me nearly dislocated something, so much was she laughing. Can’t say fairer than that.” – The Scotsman; "Talbot was confident and focused, winning warm chuckles with each meticulously crafted punchline" - Belfast Telegraph.

We suggest mingle and pre-show drinks in adjacent Speaker Corner venue via theatre foyer. It's a lovely cozy bar and restaurant. Entry to the theatre is at 18.45 and 20.55.