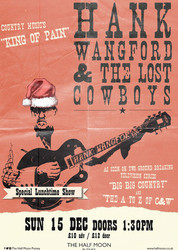 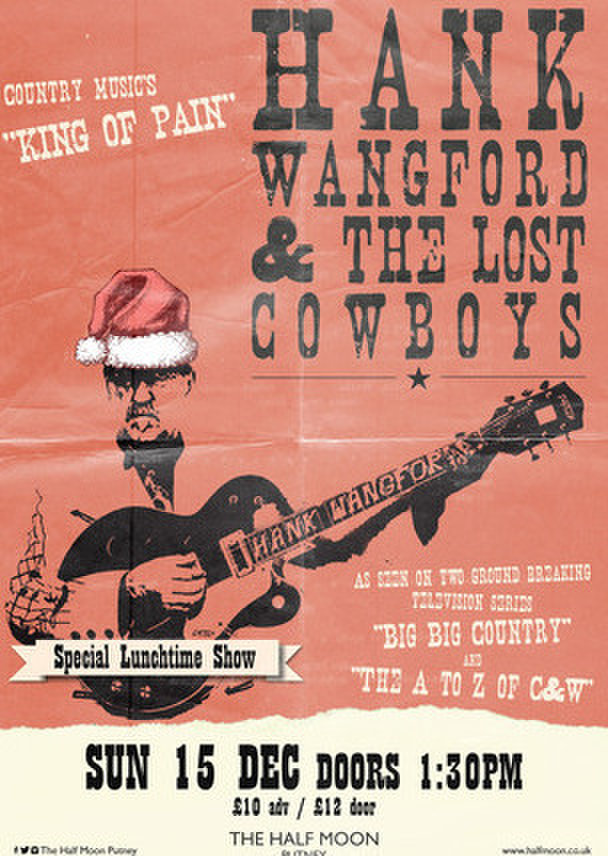 If Daniel O'Donnell is the brightly scrubbed face of British country music then Hank Wangford is its guilty conscience, its dark and troubled grubby soul. Hank has picked at the miserable underbelly of country music for twenty eight years, inspiring others like Billy Bragg, The The, The Alabama Three and other alt.country musicians.

He has spread the word with his two ground breaking television series, Britain’s first on Country music, "Big Big Country" and "The A to Z of C&W" and his books "Lost Cowboys" and "Hank Wangford Vol 3 The Middle Years".