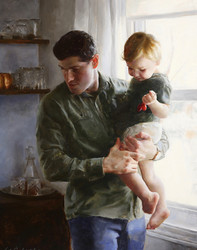 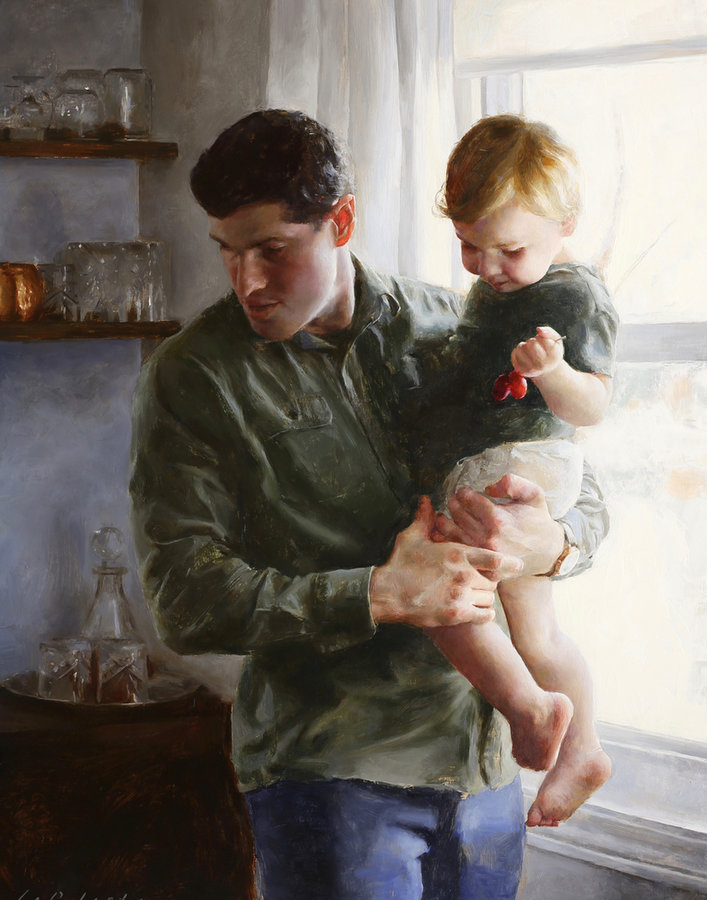 It's the "return of the guys," with the Bowersock Gallery's "The Modern Male II." Last year's inaugural "MM I" exhibit proved the most popular in the gallery's 16-year history.

The highly anticipated "Modern Male II" will launch and a live/in-gallery social distancing opening, at 6 p.m. to 8 p.m., on July 4, at the Bowersock Gallery, 373 Commercial Street, Provincetown.

"When jurying this year's submissions we looked for images that really made a statement that read beyond portrait. Each face or setting gives insight into something more than a visage," Gallery Curator Owner Steve Bowersock says. "We looked for images that drew viewers into a story with dimension, and personality. If I can say one thing about this show it's that it is broader - broader in terms of style, medium and message."

The show features artists from throughout the US.

The styles range from classic to modern, hyper-realism to expressionism.

LaPlante's realist painting depicts a man holding a small child, going directly to his comfortable with a child. Morgan's paintings are loose, a portrayal of hip and lean - an artist's heart. Krall's graphite illustrates the image of the modern hero, Colin Kaepernick, while Mendelsohn's haunting photo evokes a sense of loss, angst, or perhaps a struggle.

"Really, each of these works will speak to something different in every viewer. They're strong. They're bound to evoke feelings, act as emotional lightning rods," Bowersock says. "It's the evocative nature of these images that makes this a powerful show, what made last year's our most popular, and this one so anticipated."

"The Modern Male's" opening will start with the live-streamed version, available on Bowersock Gallery's YouTube channel and FaceBook page. It will offer close-ups of the work, an interview with at least one of the show's artists, and have the capacity for live