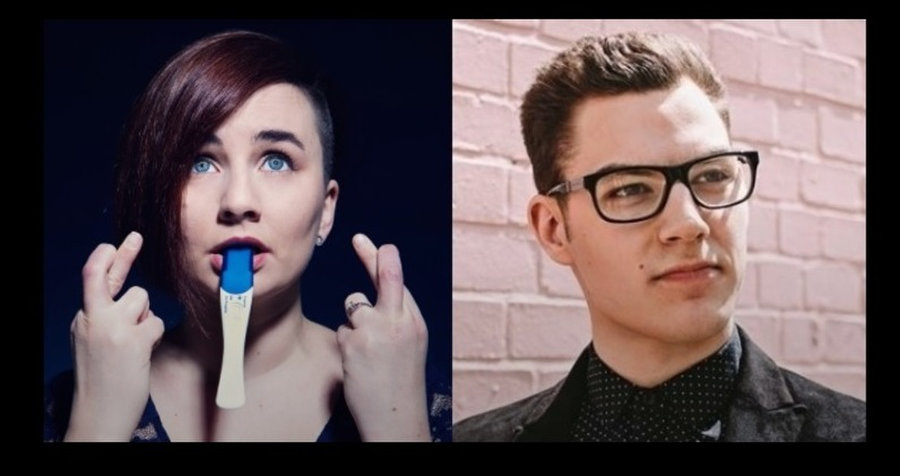 Join us on Friday, Jan 24 for Amsterdam English Comedy Night at Boom Chicago with stand-up comedians from around the world performing in English.

Get tickets via the link below by clicking on the Jan 24 date in the calendar:

Laura Lexx (UK)
Laura's credits include Live At The Apollo (BBC Two), BBC At The Edinburgh Festivals (BBC Two), and The Jason Manford Show (Absolute Radio). Following critically-acclaimed runs of her shows Trying and Knee Jerk, Laura won Best Performer in the Comedian’s Choice Awards at the 2018 and 2019 Edinburgh Fringe. She was also named in the Top 10 of Dave’s Funniest Joke of the Fringe in 2018.

Kelsey de Almeida (UK/Swe)
Fresh of a showcase show 'AAA Stand Up Late' for the full run at the Edinburgh Fringe Festival, Kelsey has performed at the legendary comedy night 'LATE N LIVE' at the same festival. He has also recorded a stand-up set broadcasted on 'BBC Radio 4 Extra'. He's won 'Best Joke' in a Mock the week competition and also won 'Best gag' for a online competition in 2011 for Teenage Cancer Trust's comedy benefit night at the Royal Albert Hall.

HIRE COMICS FOR EVENTS/PARTIES and COMEDY QUIZ AND TEAM GAMES AT YOUR OFFICE!
see: http://www.internationalcomedians.com