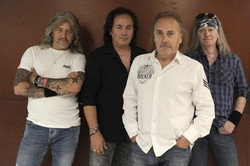 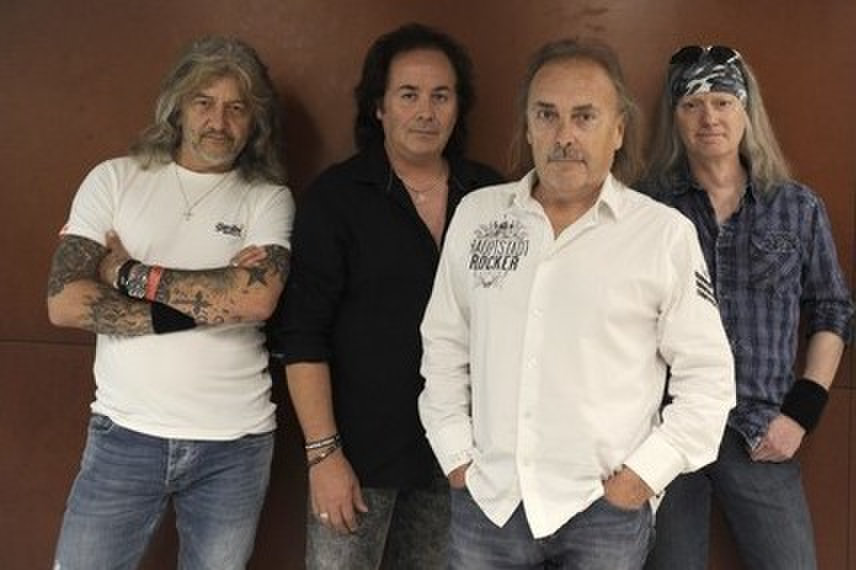 John Coghlan's Quo - The prime aim is to recreate an authentic “70’s Quo Sound” in keeping with John’s time with Quo. For Quo fans and critics alike, this time is regarded as Quo’s “Classic” period.

John Coghlan joined Francis Rossi and Alan Lancaster in their newly-formed band ‘The Spectres’ in 1962. The group went through a series of name changes, including Traffic Jam, before becoming Status Quo in the late 60s when Rick Parfitt also joined the line-up. In the years that followed, a string of chart-topping albums and an almost endless stream of hits included Pictures of Matchstick Men; In My Chair; Paper Plane; Caroline; Down Down; Rain; Wild Side Of Life; Rockin' All over the World, and many more. For Quo fans and critics alike, this time is often regarded as Quo’s “Classic” period.

Since leaving Quo John has worked with many noted and diverse musicians, in his own Diesel Band; with Partners In Crime; and the ‘Rockers’ featuring Phil Lynott, Roy Wood and Chas Hodges. Other collaborations have included Noel Redding (ex-Jimi Hendrix) and Eric Bell (ex-Thin Lizzy).

In 2013 and 2014, John rejoined Francis Rossi, Rick Parfitt and Alan Lancaster for the two sell-out Status Quo Frantic Four Reunion Tours, selling out all over the UK and Europe and reigniting the excitement of the early days of Quo.

During the late nineties John Coghlan’s Quo was formed and through various line-ups has enjoyed regular gigs all over the UK and Europe. The current band (previously performing as The John Coghlan Band) consists of John on Drums with Baz Barry and Mick Hughes from NWOBHM Boogie Band ‘Predatür’, and Rick Chase on bass completing the line-up. Whilst Baz is currently having medical treatment, Rick Abbs is a fantastic replacement.

The prime aim is to recreate an authentic “70’s Quo Sound” in keeping with John’s time with Quo. Apart from the expected Quo standards the Set List will often include songs that have either not been performed by Quo for many years or even on occas