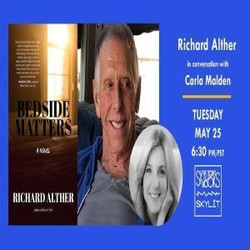 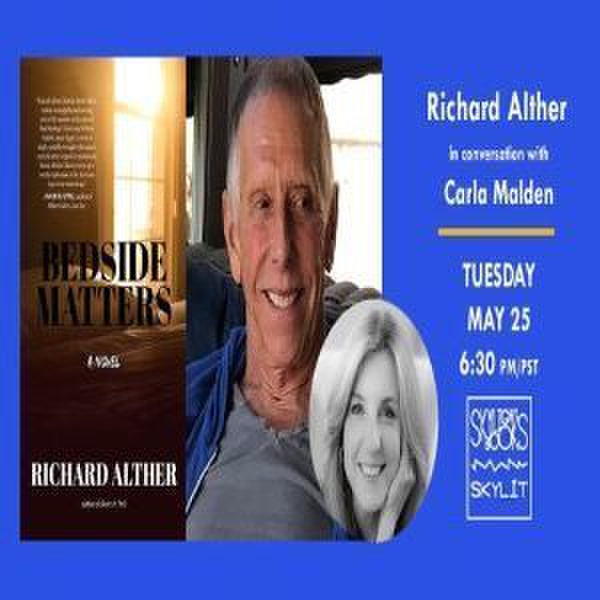 Richard Alther was born and raised in suburban New Jersey. He graduated as an English major from Cornell University and pursued twin careers as a writer and painter. He is the author of four novels: The Decade of Blind Dates (2008), Siegfried Follies (2010), The Scar Letters (2013), and Roxie and Fred (2017). Richard was a Huffington Post Blogger for Gay Voices and has had a simultaneous career as an exhibiting painter, including gallery representation and one-person shows in Montreal, London, Los Angeles, Boston, Dallas, and Florida. Richard has trained and competed nationally as a Masters Swimmer for several years. At the Gay Games in Chicago he won four gold medals and a silver. After continuous and far-flung adventures as an emerging gay man, seventeen years ago online he met his husband, the musician Ray Repp. He divides his time between homes in Palm Springs, California, and on Lake Champlain in Vermont where his daughter, son-in-law and grandchildren reside.

Raised in Los Angeles, Carla Malden began her career working in motion picture production and development before becoming a screenwriter. Along with her father, Academy Award winning actor Karl Malden, she co-authored his critically acclaimed memoir When Do I Start? More recently, Malden published Afterimage: A Brokenhearted Memoir of A Charmed Life, her own fiercely personal account of battling the before and surviving the after of losing her first husband to cancer. Afterimage is a journey through grief to gratitude that alerts an entire generation: this is not your mother’s widowhood. Carla’s feature writing has appeared in the Los Angeles Times, highlighting the marvels and foibles of Southern California and Hollywood. She sits on the Board of the Geffen Playhouse. Her first novel, Search Heartache, came out from Rare Bird Books in 2019. Shine Until Tomorrow is her second novel.