Back to Cyprus forum

Domna Maria Cafe do not work there EVER!!!

I just wanna warn all of you looking for seasonal job as waitress or bartender.DO NOT AGREE ON WORKING in Domna Maria Cafe Bar in Polis/Paphos. I tried it last year and it was just one big nightmare. I found the job online and the only true thing was that the place exist. It is written in Paphos but in true its in Polis where nothing really going on so owner change a cafe to the night bar for locals where everyone comes after closing rest of bars in town so u never know when u finish to work, maybe 6...maybe 9am...and of course you do not get a money per hour but for whole night so doesnt matter how much u worked...moreover u get around30euro for whole night!!!And that just beggining...cause the boss doesnt like if you have a friends he doesnt know and that you spend free time not with him chatting and drinking coffee all day long...at night you have to be "extremly"nice for the friends and cousins of the owner...so whoever decide to buy u a dring you should let them talk to you whatever they want an you should entertain them...some sort of cypriot geisha..moreover there is a huge problem with getting payment...all in all just if you wanna be in the middle of horror decide on this job
greets 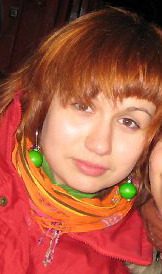