Back to France forum

Hi!
After many years without speaking french, I nearly forgot everything I learned during my 2 years of french in school. A week ago I finally decided, to refresh my french, and started from scratch using Busuu. To avoid this to happen, again, I think, it would be a good idea, to find someone, to practice speaking french with. We could use a messenger, like ICQ, WhatsApp, or similar. Just talk from time to time, and maybe, if we become friends, we also could visit each other.
For now, I`m not really able to communicate in french, so it would rather be a mix of french and english, or german, if you like. But, hopefully, it would improve fast.

Cats are my life! I love being in nature, hiking, running, biking, water sports, you name it ;) I also love photography and building scale models of cars, aircraft, ships and tanks ( and a few motorbikes, too). I am rather introverted, but you still can have some fun with me ;)

I live in Schleswig-Holstein, directly at the shores of the Schlei, which is a fiord of the baltic sea. It`s also not far from the baltic sea, itself.

I used to work as a paramedic, and are currently trying to enter the military.

I don`t mind your age or gender. If you`re interested, just let me know! 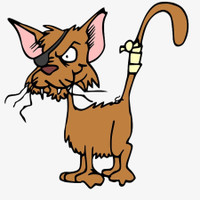