German income tax - how high is it?

I got a job offer to work in Germany. But I heard that German income tax is really high, so I'd like to know how much I will be left with. Any indications? The information I find is completely contradictory. And do I have to declare my income in Germany or can I declare it in Ireland? 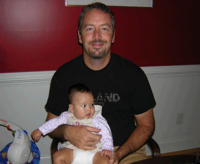