Back to Indonesia forum

The Real Cost in Traveling to Indonesia

When asked, so many foreigners who visited Asian countries have a lot of versions regarding the cost of things in each nation. Indonesia, like Malaysia had a lot of varying reviews from fellow travelers when I asked about the prices. Tourists should understand that the cost of things in these nations differ depending on the demand of the product in the place. For instance, rice in Jakarta City is a lot more costly than that in Candirejo Village. One thing is easy to agree on though: Indonesia is a big country and it isn’t that easy to get around.

Financial travelers as members of Westhill Consulting Travel and Tours have listed the following pointers to help you in your expenses in the archipelago.

First thing’s first. Indonesia can be really cheap or can be quite expensive depending on the transportation. There is a huge discrepancy between private, tourist transport and local transport. A private car can cost $100 one-way while a public bus cost $1.50 traveling the same distance. It is best to ask some local first and learn the basics of fares when going around.

If you are traveling in public, don’t let a tout sell you a ticket. Pay the attendant on the bus directly. Even if you’re dropped off outside of what appear to be ticket windows, they take a cut. Climb onto the bus that is going where you want to go, and you’ll be approached once the bus gets going by an attendant who will quote a price. Don’t be afraid to say “mahal” (expensive) if it sounds astronomical. In general, a public, non-air-conditioned bus should not be more than a few dollars. Also be aware that many people smoke in Indonesia, and even enclosed busses will sometimes have smokers on board even if a cigarette smoking is already punishable by law. If you see a warning sign near you, don’t hesitate to get the attention of the smoker and point to the signage. This will stop him from smoking.

There were far fewer dorms available in Indonesia as compared to countries such as Laos, Cambodia, and Thailand. Naturally, for a solo traveler, this forces the costs to go up. Accommodation in Sumatra is cheapest if you are going alone. In Java, you may need to pay up to $15 at a guesthouse.

This is where Indonesia became fabulously cheap. You can already eat a full meal for only a dollar. The way to do this is to find a warung which cater more to locals and serve local foods. Indonesian food is delicious, so why not eat local? It helps to know what a few of the items on the menu are before ordering, as they may not be listed in English and it’s possible the cook will not speak English. 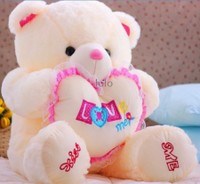