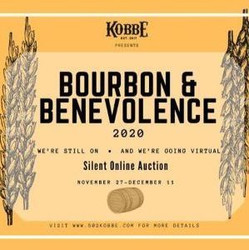 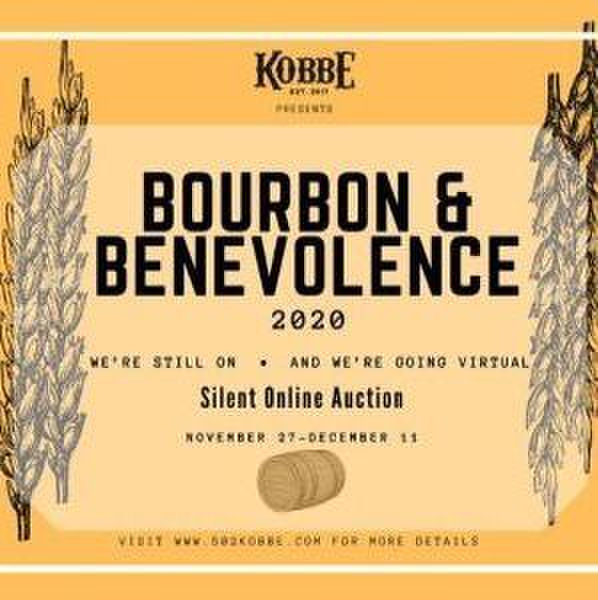 KOBBE, the local philanthropy-based bourbon enthusiasts club, is pleased to announce the 3rd annual Bourbon and Benevolence, which will be held completely online this year.

Bourbon and Benevolence 2020 will feature an online auction which will be open from November 27 through December 11, 2020. Participants must be 21+ to register and bid on more than a hundred experiences and bottles of rare and allocated bourbon including Russell's Reserve 2003, 2018 William Larue Weller, 2020 George T Stagg, Van Winkle 10 Year and 12 Year, and a one-of-kind visit and tasting at Michter’s Distillery. Visit http://Biddingowl.com/502kobbe for more information.

As one of the premiere bourbon events in the city organized by a bourbon club, Bourbon and Benevolence has traditionally brought attendees face-to-face with some of the bourbon industry’s biggest brands and offered a signature bourbon auction.

The tasting portion of previous years has been a noteworthy feature only topped by the auction itself. Last year, attendees enjoyed a wide selection of bourbon and whiskey including a pour of Michter's 20-Year Bourbon--included with the price of the ticket. One bidder walked away with a bottle of their own. Distillery tours and barrel picks were among the other high-ticket items.

As the organization's biggest fundraiser of the year, all proceeds from the Bourbon and Benevolence auction supports local initiatives. The 2020 beneficiaries are Change Today, Change Tomorrow, and Children Shouldn't Hunger, two Louisville-based groups challenging the issue of food scarcity. Previous year’s donations funded a technology corner at the 10th St. YMCA, as well as sensory items and Christmas gifts for children and volunteers in the program.