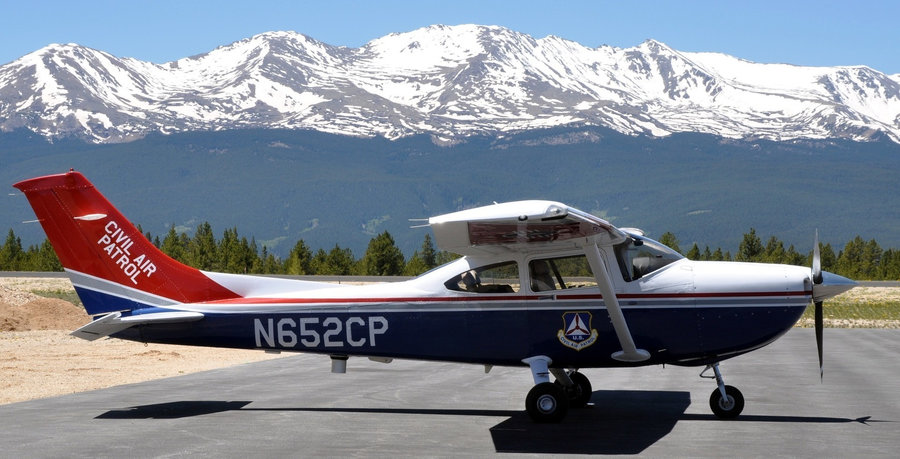 Wings Over the Rockies Air and Space Museum

If you are interested in aviation, youth leadership or service to your country, then the United States Air Force Auxiliary is for you!
If you're over the age of 12 and looking for a challenge, Civil Air Patrol has some incredible opportunities to offer, including leadership training, aerospace education, flying orientation, STEM education, summer activities, academic and flying scholarships, search and rescue training, and much more! Civil Air Patrol is one of America's finest youth programs, and trains 25,000 cadets every year.

Meet our cadets and hear first-hand what it's like to be a cadet. Join us for an informative introduction to the official civilian auxiliary of the U.S. Air Force. We'll explain all the benefits of belonging to one of America's finest youth programs, and educate everyone about how we provide services that they may use every day. Parents and teachers, please join us for this event as well. Air Force Auxiliary adult leaders will be on hand to answer your questions and tell you about opportunities for adults.

The origins of Civil Air Patrol's story began in 1936, when Gill Robb Wilson, World War I aviator, returned from Germany convinced of impending war. Wilson envisioned mobilizing America's civilian aviators for national defense. The proposal for a Civil Air Patrol was approved by the Commerce, Navy and War departments, and CAP was founded Dec. 1, 1941, less that a week before Pearl Harbor.

In January 1942, Germany U-boats started attacking the U.S. shipping lanes along the East Coast. By June, enemy attacks destroyed nearly 400 merchant vessels and oil tankers off the Atlantic coastline, often within sight of its shores. Civil Air Patrol was called into action by a short-handed military. Using privately owned airplanes, civilian volunteers became the eyes of the home skies, flying a total of 244,600 hours patrolling and safeguarding the Atlantic and Gulf coastlines.