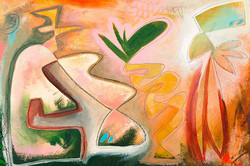 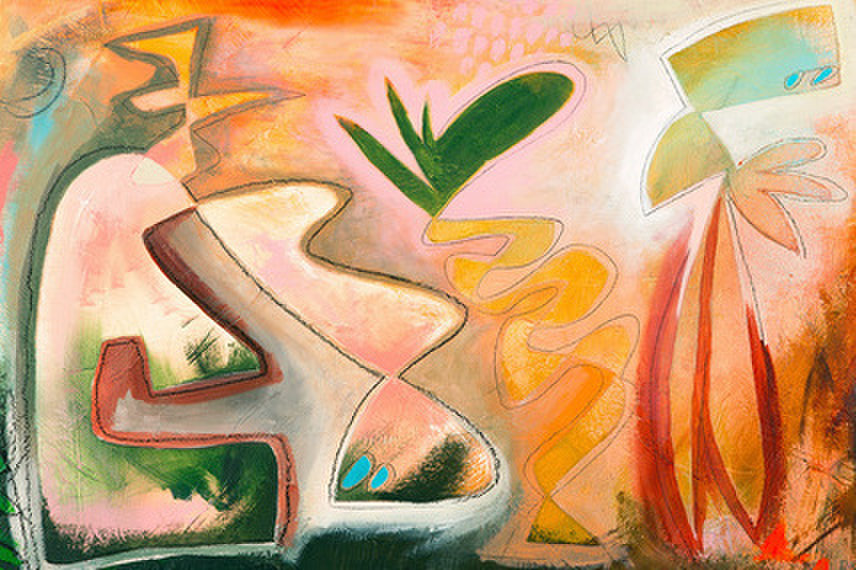 'Coming Alive', is a new contemporary art exhibition by Scottish artist, Alice Boyle.
Opening on Friday the 12th of July and running until Sunday the 13th of October 2019

Coming Alive is a new body of work by Edinburgh-based artist, Alice Boyle. For many years, Boyle has sketched after daily meditation, creating odd and often distorted creatures that come streaming to mind as soon as the pencil hits the paper. In the spring of 2018 she decided to bring these characters to life, creating a unique world that is as strange as it is familiar.

Boyle’s new work has been inspired by the title of the artist’s previous exhibition, ‘Think Less, Feel More’. While her past show was a comment on the relationship between thinking and feeling and what that might look like, here, Alice has chosen to take a less complex approach, and run with an idea that felt powerful yet simple.

She Comments, “I felt compelled after giving birth in 2017 to breath life into these unborn creatures: that are filled with all the same fears, passions and flaws as anybody else. They may be messengers of my subconscious giving me insights into the human condition and myself’.

Alice works with layers of plaster because this process and the artworks themselves then have a sense of the primitive, giving the feel of pictograms or petroglyphs in ancient caves. She makes marks into the plaster with various utensils, forcing her to be spontaneous as the final layer of plaster dries rapidly. The medium dictates that she is not too precious and allows her to let the piece take on its own life.

Alice has been working in Edinburgh for the past 5 years following a previous 6 years of exhibiting and living in London. She gained her Masters from Edinburgh College of Art then came up with and co-directed, the internationally acclaimed project, ‘The Graffiti Project’, at Kelburn Castle, Scotland. The artists urged Alice to focus solely on her artistic practice, which she has done since early 2008.