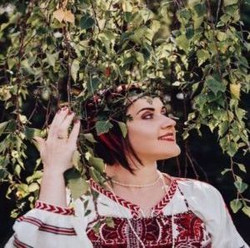 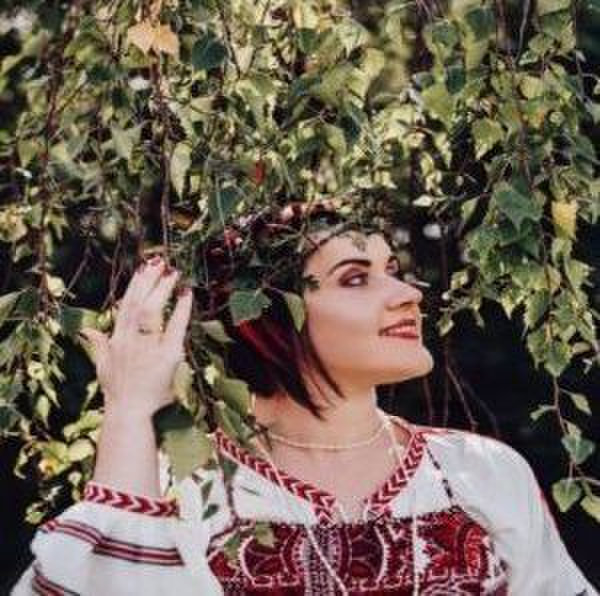 Daria Kulesh has been described by Danny Farragher (Folk All) as ‘the voice of fairy tales, being able to create the enthrallment of the faerie realm and equally bring terror as the evil queen whose very words could chill your blood and capture your soul’. Mixing her Eastern roots with Western folk influences, she creates an original and exciting sound, full of passion and magic - a celebration of her Russian and Ingush (North Caucasus) heritage. "Bold, exotic, impressive" (fRoots), she shares stories and songs that are deeply personal but feel universal and timeless. Every performance is an "emotional, compelling and uplifiting experience" (Carn to Cove).

Her debut release Eternal Child was described as “phenomenal”, her second album Long Lost Home has enjoyed rave reviews, national radio play and multiple awards in the UK and Russia, including LCM Album of the Year, while her latest release, Earthly Delights, is being acclaimed as "one of the year's finest albums" (Folk Radio UK) with 5-star reviews from RnR and Northern Sky.Nominated for Folking.com Awards for two years running: Soloist of the Year; Best Album; Best Duo. Nominated and shortlisted for GSMC Music Awards Best Solo Artist (Female) “One of the finest voices and one of the most intriguing and interesting songwriters on the present folk scene; The Moon and the Pilot is one of the most beautiful new songs of the last 10 years” (Mike Harding)
"Breathtaking voice. A true star" (Folk Radio UK)
"Haunting and enigmatic" (The Times)

**This event will take place live on Zoom**