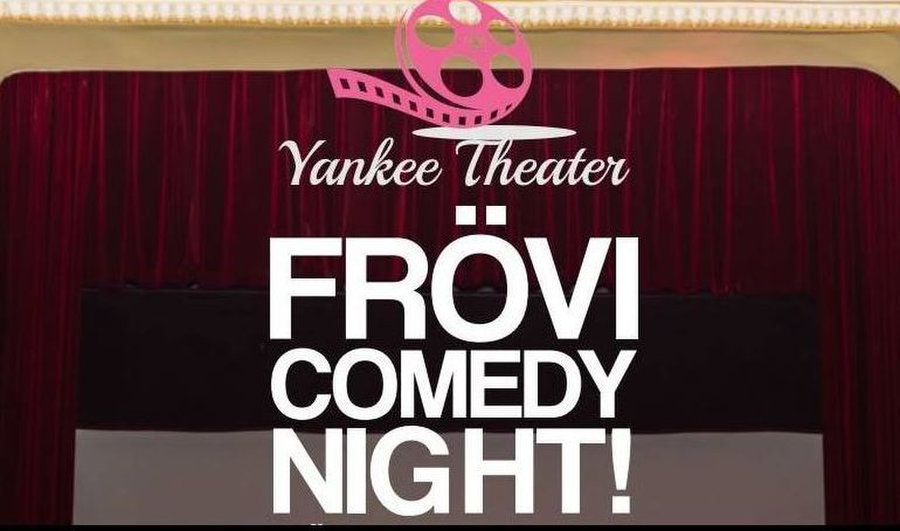 Join us on Sat, Oct 13 for Frövi Comedy Night at Yankee Theater! The show welcomes 3 stand-up comedians from around the world coming to Frövi to entertain you with an evening full of Scandinavian inspired laughs!

The show will include 2 breaks and be entirely in English.

Buy tickets via: http://booking.yankeetheater.se/#/show-list or at the entry on the night (limited tickets available so it’s best to buy ahead of time!)

Carly Baker (USA) – Carly is a Comedian of the Year Finalist in Scotland and began her comedy career at the Laff Stop in Houston, and was soon opening for heavy hitters like Darrell Hammond, Ralphie May, and Adam Ferrara. Having established herself on the North-East comedy scene, Carly then moved to Scotland and regularly gigged at such venues as The Stand in Edinburgh and Glasgow. She has also been involved with Comedy Capers at the Edinburgh Fringe Festival.

Joe Eagan (CAN) – Joe’s specialty is entertaining crowds with his unique perspective about life as a Canadian in Sweden, culture clashes, stereotypes about various nationalities and lots of other fun things - a maple syrup mix of observational humour you can’t miss! He's also known for his PowerPoint comedy show called ‘sit-down comedy’ with music, pictures and comedy - and for part of the evening he will treat us to this show!

Ben Richards (UK) – Ben is an English Comedian who is now living in Stockholm. Since moving from the UK, he is a regular headliner and MC around Scandinavia and the Baltics. He is also the winner of the 1st ever HaHa Stockholm city-wide comedy competition.