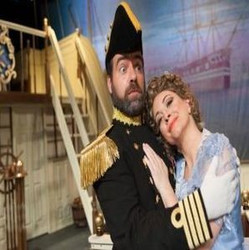 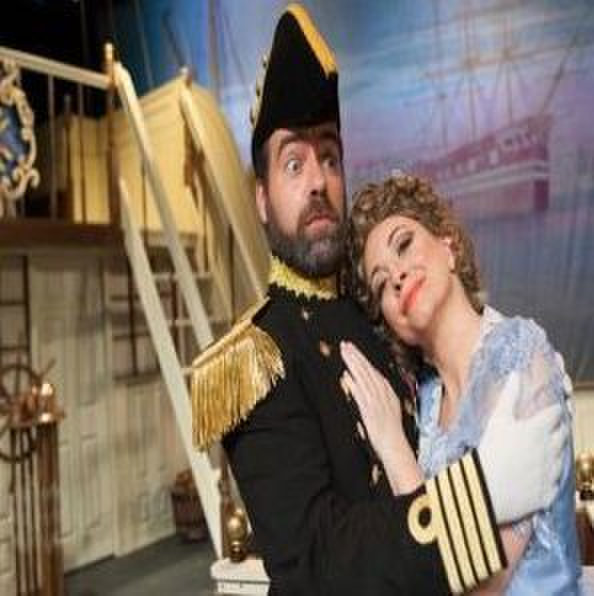 Gilbert and Sullivan Austin inaugurates #discoverGSA this month by streaming a high-definition video of the grand summer production of H.M.S. Pinafore (2014), available without charge via the GSA website.

A 'watch party' on May 25 will include video commentary from directors, original cast members and GSA board members.

Gilbert and Sullivan Austin, now in its 44th year, uses exclusively Austin-based performing talent. Its artistic director Ralph MacPhail, Jr., is the dean of American scholars and directors of the GandS canon.

Additional full-length productions and special GSA videos will be featured in coming months.Our full-length videos have previously been available only for purchase as DVDs; we are excited to share them with you for free as 'teasers' for our rescheduled Scottish version of The Mikado (retitled The McAdo), now to run in June, 2021 under the direction of two-time B. Iden Payne winner Michelle Haché (both times in GSA productions!).

H.M.S. Pinafore satirizes the snobbery and hypocrisy of the English social system of the day, as the beautiful daughter of the ship's captain falls in love with a lowly seaman. This groundbreaking musical also pokes good-natured fun at patriotism, party politics, the Royal Navy, and the appointment of unqualified people to positions of authority.

The gentlemanly Captain of the Pinafore, who claims that he would never swear at his crew (what, never?), does not know that his daughter has fallen in love with a common sailor serving on her father's ship. Meanwhile, the Captain has arranged for her to marry the First Lord of the Admiralty, Sir Joseph Porter. Sir Joseph himself has risen from humble beginnings to gain his office by political acumen, despite having never gone to sea! And the Captain himself fancies a poor bumboat woman. Fear not: it all works out in the end. "Oh joy, oh rapture unforeseen!"