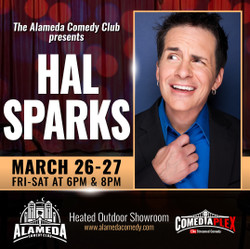 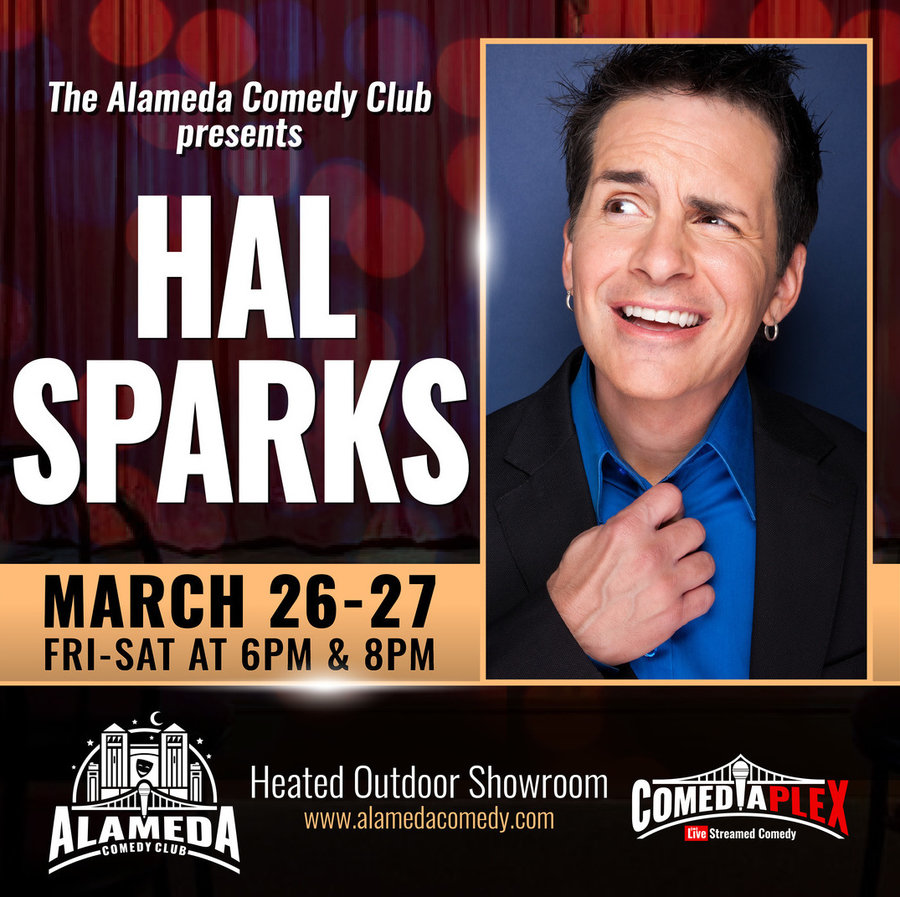 Join us for a great weekend of comedy with the hilarious Hal Sparks.

Hal began his professional career as a teenager in Chicago. As a member of the famed Second City Troupe, his quick wit and affable personality quickly gained him recognition and acclaim and he was named the "Funniest Teenager In Chicago" by the Chicago Sun Times. Sparks went on to host the Emmy Award-winning "Talk Soup" on E! Entertainment Television, winning rave reviews from fans and critics alike. He starred for five seasons on Showtime's hit series "Queer As Folk" and appeared in the many films like "Extract," "Spiderman 2" and "Dude, Where's My Car?" Sparks also starred in his own one-hour Showtime comedy special, "Charmageddon," which has continued to be one of their best-selling DVDs. Being a versatile talent, Hal is also an accomplished musician performing with his popular band, Zero 1.

All seats are sold by the table for two or four guests. Guests must arrive at the gate wearing masks and will be temperature checked. Each table is properly socially distanced and you may remove your masks to eat and drink only. Our staff is double-masked including an N-95 layer and follow strict safety precautions. Stay safe!

We feature a full bar and restaurant with a delicious menu of sharable plates. There is a two-item minimum for all guests.