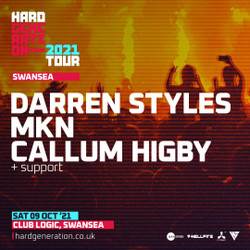 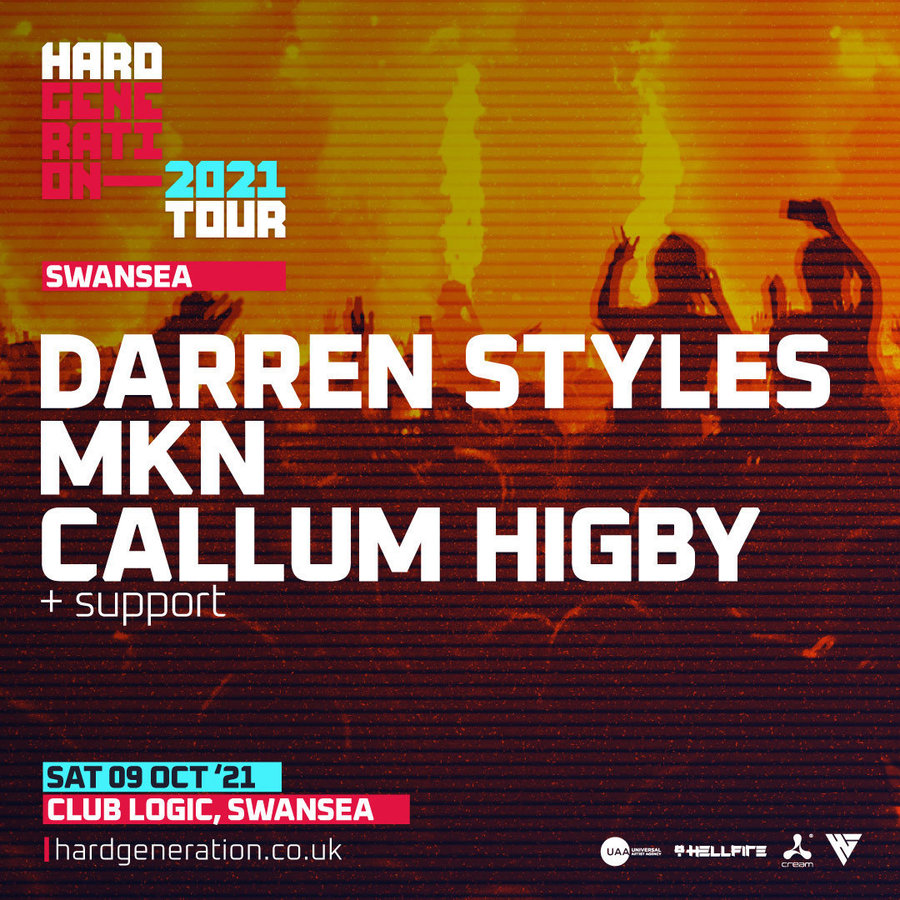 Following on from the announcement that the HARD GENERATION 2021 TOUR, headed up by DARREN STYLES, will be rolling into Club Logic, Swansea, we are pleased to announce that MKN, CALLUM HIGBY, and more will also take to the decks on Saturday 9th October 2021.

MKN (as his peer 'Kutski' puts it), is "The KING of Reverse Bass" and one of the biggest names to come from the UK in recent years.The Welshman's "100% Reverse Bass" podcast, is renowned Worldwide, with 5 years of monthly releases, each hitting 50,000+ plays and increasing all the time.He has worked alongside and been supported by the likes of Zatox, Ben Nicky, Kutski, Jordan Suckley, Yoji Biomenhanika, Villain and many more.

His DJing and stream of well-received productions have taken him across the world, with bookings in Australia, USA, China, Croatia, Netherlands, Norway and Switzerland to name a few.'MKN' and 'Reverse Bass' have become synonyms together, but like so many of the Twisted's finest, diversity is in their hearts. With everything from Hard-hitting Psytrance, Euphoric Hardstyle anthems to Frenchcore bombs, anything is possible in MKN's high energy, progressive DJ sets.

CALLUM HIGBY also joins the line u[ in Swansea this October. The British producer has grown into his own in the Hard Dance scene. Not limiting himself, Callum has continued to experiment and bridge the gap between genres with each release.