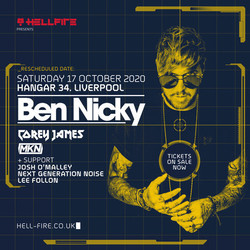 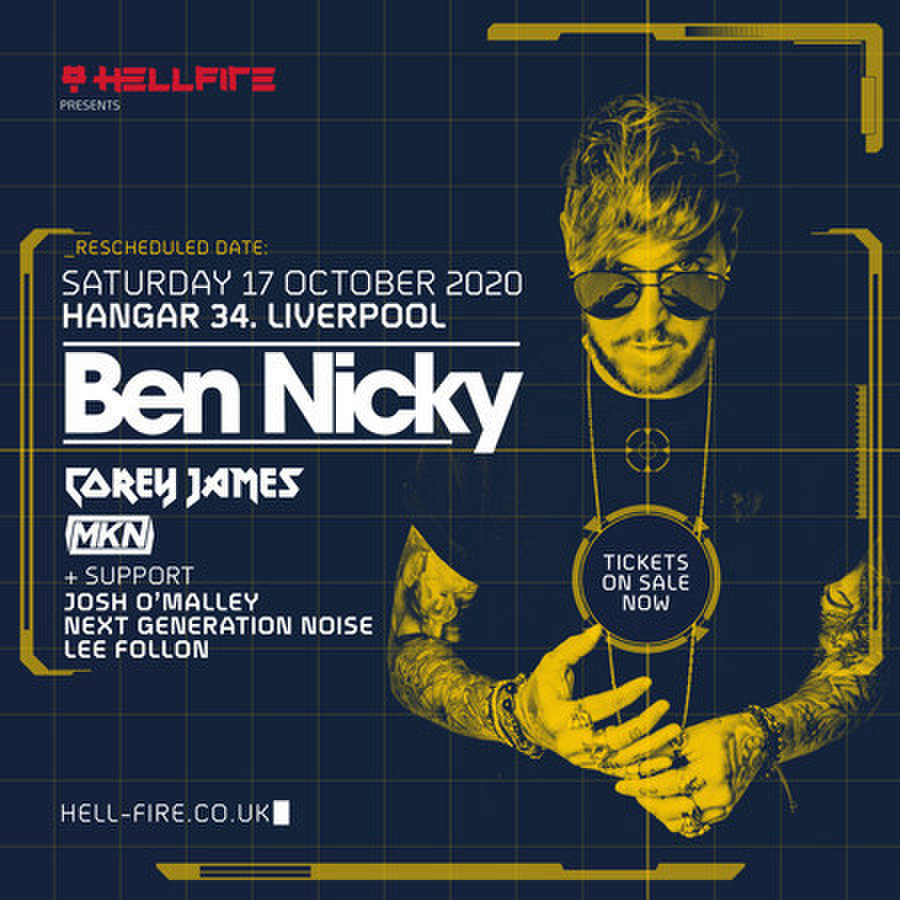 Following on from the sold out success of Hellfire Liverpool back In November, Hellfire are pleased to announce they'll be bringing none other than global superstar DJ Ben Nicky to Liverpool's Hangar 34 on Saturday 17th October 2020.

Without a shadow of a doubt, Ben Nicky is the stand out, record-breaking star on the global dance scene. Having catapulted himself into the limelight to transcend well beyond his genre, tattooing his mark on the scene and outselling his peers to become one of the most sought-after globe trotting artists and online celebrities, with his social media interaction and viral videos second to none!

Ben's unique, yet recognisable brand is sported by waves of adoring fans at his shows worldwide has made him stand out from the pack and quickly become one of the worlds strongest selling dance music artists. Regularly selling out solo shows worldwide including iconic venues such as Marquee Sydney, Avalon Hollywood, Zouk Malaysia, Omni Taiwan, Ministry of Sound London and the legendary SSE Arena and Custom House Square in Belfast. Not to mention performing at the usual prestigious worldwide festivals including EDC Vegas, Tomorrowland, Creamfields, Ultra Music Festival, Paradiso Festival, Spring Awakenings. Outselling many household names in new territories is part for the course with Ben now as he quickly continues his quest for even greater global success.

With support from Corey James, MKN, Josh O'Malley and Lee Follon, fans of the harder style of music are in for a white-knuckle musical ride on Saturday 17th October 2020 for the real ravers who like to go hard and fast all night long.