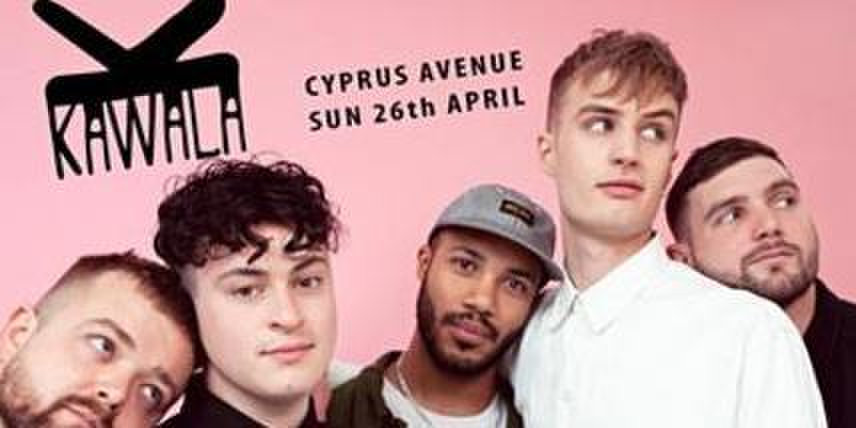 North London’s history of producing era-defining artists is one that can lay claim to some of the UK’s brightest talents, from Madness to Amy Winehouse, Adele to Wolf Alice. Now, KAWALA - one of the country’s most promising new bands - are the latest to put themselves forward for inclusion in that lineage.
Centred around the core duo of singer Jim Higson and guitarist/singer Daniel McCarthy, KAWALA aren’t your typical band. Their lush sound is cushioned with the pair’s gorgeous harmonies, driven by Daniel’s unique finger-style acoustic guitar playing, and inflected with sounds from genres far beyond the one they inhabit. In the current landscape of popular music, they stand as exciting outliers, carving their own path.
Their road might have begun in North London, where Jim and Daniel moved in the same social circles as teens, but their journey didn’t gain proper direction until they both enrolled at Leeds College of Music in 2014. Until then, they’d spent parties and hang outs back home always talking about doing something together but never getting round to it.
“Leeds is what pushed us to stop talking about doing music and actually do it,” explains Daniel. “I would argue we’d never have done it otherwise.”
After swapping music they were into by the likes of Half Moon Run, The Staves, Fleet Foxes, Blaenavon, and Bon Iver, they quickly realised they were on the same page creatively. They began to write and gig together, and soon took the decision to drop out of uni and move back to London. “We knew what we wanted to do already and being on the course just meant that we couldn’t do that,” Jim reasons.
They wrote and gigged together as a duo, occasionally with now-drummer Ben Batten on cajon. The format proved successful with them booking shows across the UK and Europe, but they soon felt they’d hit a ceiling. “There was a limit to where we could take it,” Jim says of their old set-up.
“You’re never going to be last on as an acoustic act so we wouldn’t be able to