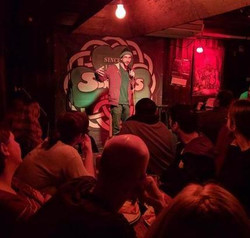 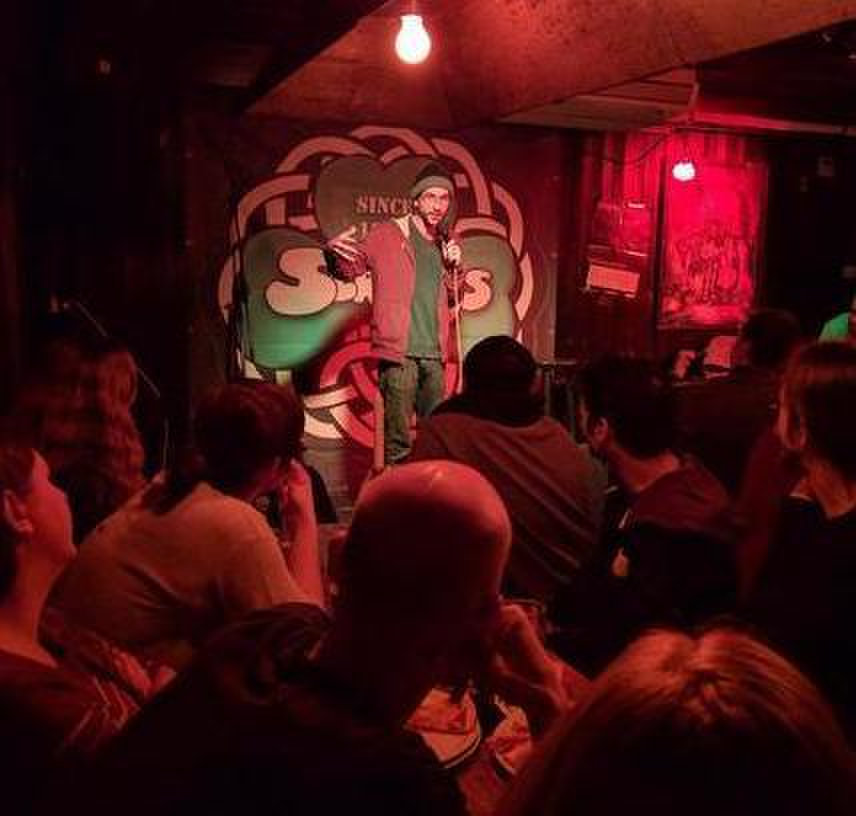 LIVE STAND-UP COMEDY:
Rising stars of the New York City comedy scene arrive straight from the city that never sleeps to bring you a night of hilarious stories, jokes, and rants that will rock the room

Originally from New Jersey, Daniel has performed throughout Germany, The Netherlands, New York, and the UK. He has also been featured on “Fritz Nacht der Talente” and “Melt Festival”.

"His comedy is “well crafted, well written, and laid-back” (Edinburgh Fringe Review). So see him.

Thiago Macklin is a comedian and writer who was born on the sunny beaches of Rio De Janeiro, Brazil, was raised in the frozen metropolis of Chicago, Illinois and currently lives in the luxurious trash heap known as New York City.

He performed at world famous venues such as Second City, UCB and The Comedy Store as well as at festivals all over the world including recent breakout performances in the New York Comedy Festival and a second place finish in the Devil’s Cup Comedy Festival.

Most recently Thiago had the amazing opportunity to write jokes for none other than Mick Jagger to use on tour with The Rolling Stones. He consistently wows audiences with his hilarious observational, absurdist and improvisational style.

Santiago Angel is a comedian, writer, musician, and world-renowned sex-icon. Formerly a staple of the Berlin comedy scene, Santiago recently relocated to NYC.

His comedy has been called incisive and aggressive by dumb people with no spines. He tries to meditate but it's not really working. He performed his show "In Between Nightmares" at the Edinburgh fringe to sold-out crowds and has opened for the likes of Reggie Watt