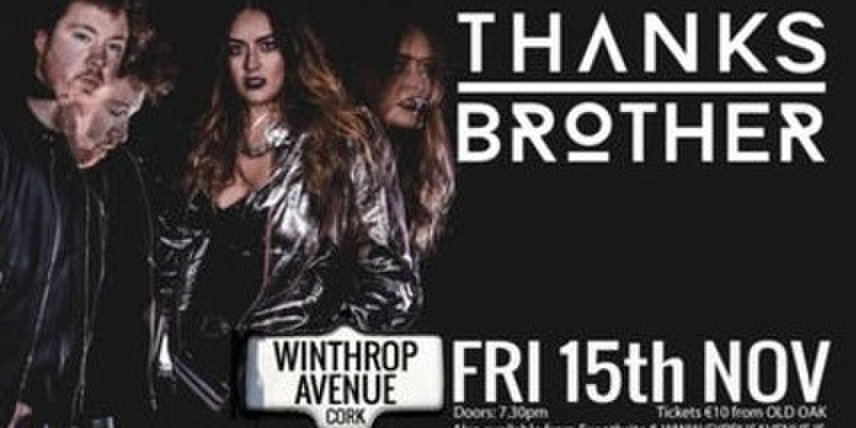 Thanks Brother is comprised of Róisín O, who has enjoyed great success as a solo act since her debut album ‘The Secret Life of Blue’, and John Broe, formerly the writer and singer with Irish band Miracle Bell. They began writing songs together in 2014, originally for a Róisín O solo album, however realising that there was an undeniable creative chemistry when writing, they embarked on the collaborative project Thanks Brother at the beginning of 2018
Thanks Brother have also written songs that have been used for television series and advertising campaigns as well as co-writing for other artists. The pair recently co-wrote singles with Irish band The Coronas, including ‘Real Feel’, the first U.S. single from their chart-topping Trust the Wire album.