The Best of the Bay Street Cabaret 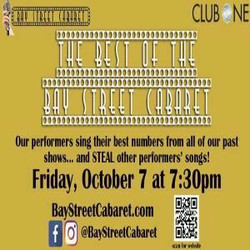 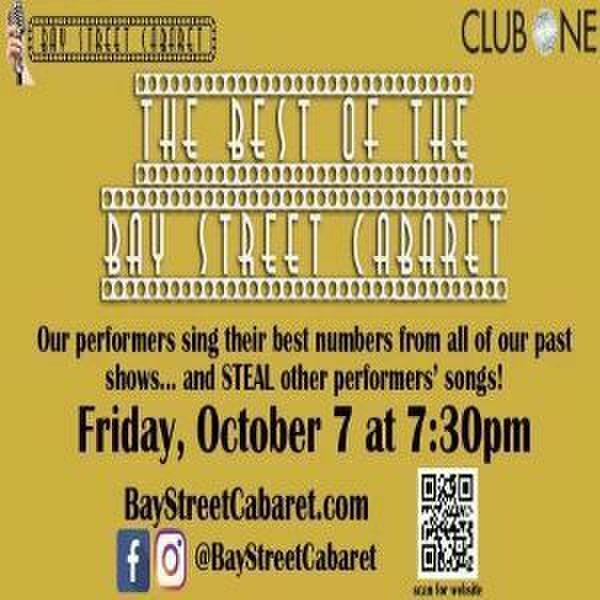 After 10 incredible shows and nearly 200 songs sung live, Savannah's best theater and music experience is taking a look back with The Best of the Bay Street Cabaret. Part cabaret, part retrospective, and part lively celebration, the show will be performed one night only on Friday, October 7 at 7:30pm at Club One's Bay Street Theatre. Tickets range from $20-$30. Tickets available now!

The Bay Street Cabaret has gone from a scrappy live-music start-up to an established performance company that stages original productions with scripts, characters, costumes, and interactive elements to sold-out audiences. Along the way, the troupe has sung nearly 200 songs from a wide spectrum of genres including Broadway, the greatest love songs, big band, standards, pop, rock, holiday favorites, and much more.

This "Best of" show will feature a panel-style gathering of Bay Street Cabaret performers who will "spill the tea" with behind-the-scenes stories, answer questions from the audience, and, of course, sing some of their favorite, most crowd-pleasing numbers. Every show will be featured including the original Broadway series (Showstoppers, Hot Summer Broadway, Award-Winning Broadway, Bawdy Broadway), special events (HSF Wine and Trolley Tour 2022) and the production series (Vivian and Bill's Christmas Party!, Love Stories/Love Songs, Time Traveling Drag Queens in the 1940s!, Say Gay, Murder at the Bay Street Cabaret).

The evening will also feature some surprises including the "Song Steal," that will allow performers to "steal" a song that someone else performed in a previous show. It's guaranteed to shake things up for a fun night of live-music entertainment.