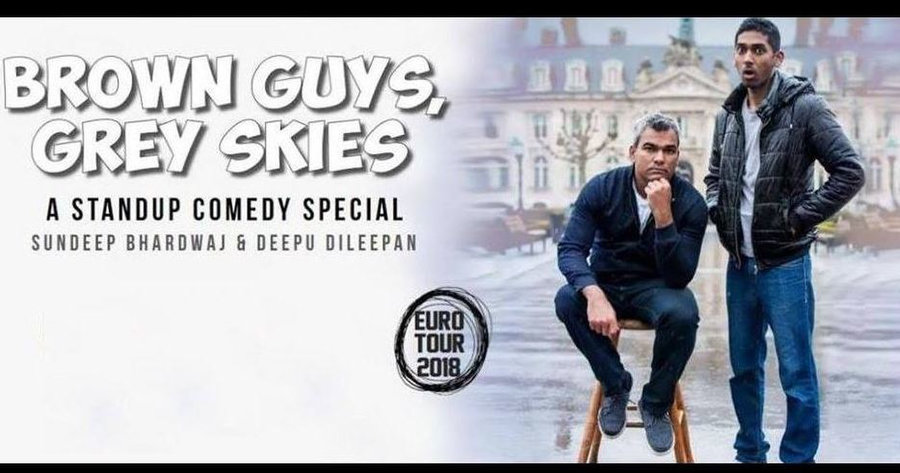 Join us on Sunday, May 20 for Utrecht English Comedy Night at Hofman Café: a stand-up comedy show in English performed by comedians from around the world.

Sundeep Bhardwaj: A banker turned standup-comedian and public speaker, Sundeep is an Indian-Luxembourgish with a unique perspective on the western and oriental worlds. Growing up, he was terrified of public speaking, partly due to a walking disability. He took up comedy and public speaking as a challenge, and has not looked back since. He enjoys significant repute as a serial champion speaker in humorous speech contests across Toastmasters Clubs in Europe and is a star on the European comedy circuit. He is a writer for City Savvy Luxembourg with a wide followership for his humorous columns. Blessed with two kids, he spends most of his time convincing strangers that he is the real father.

(Deepu) Dileepan Lingaiah: Deepu Dileepan is a former social scientist turned writer/ comedian. Currently based in Luxembourg City, he is the producer of the Luxembourg Comedy Festival and performs in venues across Europe. His credits include performances in Seattle, New York City, Mumbai, Madrid, Paris, Luxembourg, London, Bonn, Edinburgh, Dublin and Barcelona among several others. Deepu is former repertoire member of ‘EvamStandup Tamasha’ – one of India top comedy collectives. He is also a movie reviewer for Galatta Media – South India’s largest media promotion house.