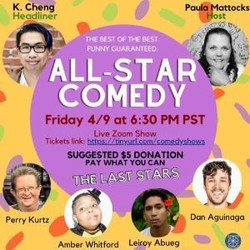 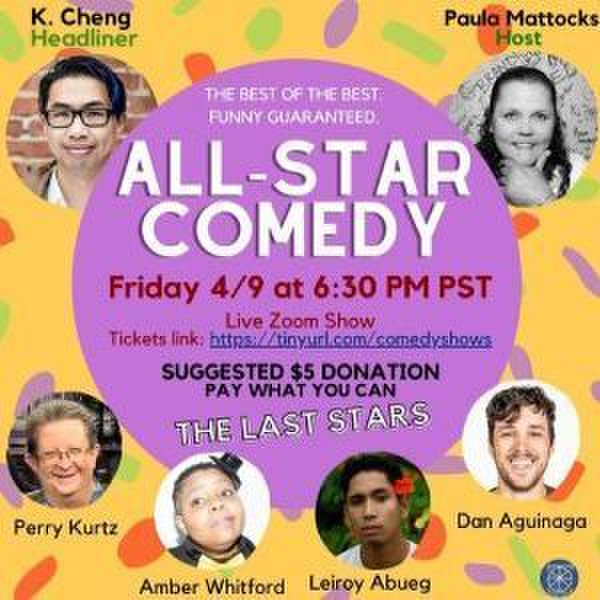 The All-Star Comedy Show is just that- the funniest comedians ever in the Bay Area, guaranteed. This Friday for our last ever show, we feature the best Comedians in California: THE LAST STARS.

Free tickets for our Facebook livestream. Donations are appreciated and will grant you an invite to our live Zoom audience.