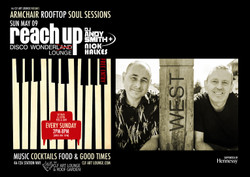 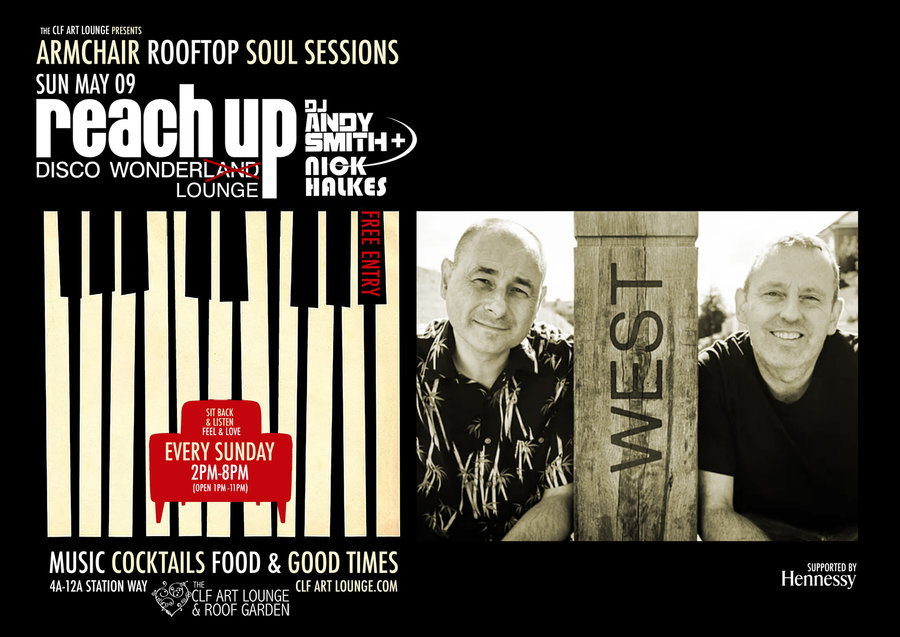 TIME TO ENTER THE DISCO WONDER LOUNGE!!! Sun May 09 - The Armchair Rooftop Soul Sessions continues with a righteously retrolicious trip through all things disco. Once again, you are cordially invited to sit back, relax, listen and love the best in music, chillin' n' life as Legendary DJs ANDY SMITH + NICK HALKES drop 80's boogie, soul, funk, disco and proto house, evoking the spirit and dipping into the soundtrack of legendary NYC clubs such as 'Paradise Garage' and 'Studio 54', FREE ENTRY at The CLF Art Lounge and Roof Garden.

The Armchair Rooftop Soul Sessions, (as always) here to help you start your week on a non stop musical high.

Andy Smith was the first DJ to release a multi-genre mix album on a major label. His seminal mix-CD The Document hit the streets back in 1998 and became the soundtrack for a generation who'd heard Coldcut's Journeys By DJs but needed to hear more - The Document filled the void. His appreciation of different genres made Smith the ideal person to provide samples for Portishead's first two albums. He went on to make his name as their international tour DJ - reflecting their respect for both digging and hip-hop scratch DJ-ing.

Andy was included in the Top 20 Greatest DJ's of all time in Music Radar. His latest release is the 'Reach UP - Disco Wonderland' album that came out on BBE records in Nov 2017. Since the Portishead tours he has established himself as an underground producer, working with Scott Hendy (Boca 45) under the name Dynamo Productions. Their album Analogue, which notched up a top-ranking five out of five in Mojo magazine, featured San Diego-based MC Profile from the much respected Sound Providers Crew. He has also provided samples for Prodigy hits and Lack of Afro.