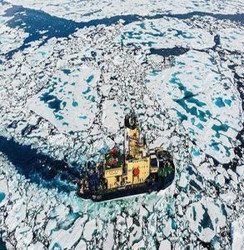 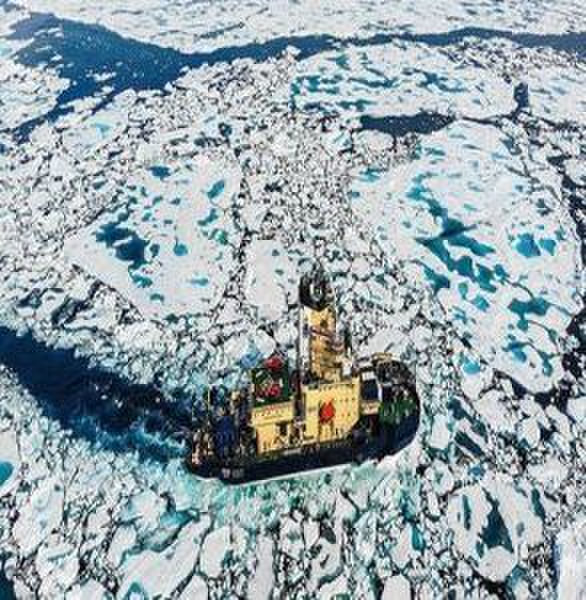 Nowhere are the consequences of a warming climate more pronounced and observable than in the polar regions of our planet. Frozen Obsession follows the 18-day, 2,000-mile Northwest Passage Project expedition through the extreme and stunningly beautiful Canadian Arctic Archipelago aboard the Swedish research icebreaker Oden, in search of clues to understanding the effects of climate change.

Following the film, join Exploratorium staff scientist Mary Miller in conversation with a panel featuring the film’s producer, two scientists, and undergraduate student who was on board the vessel.

For centuries, sailors were obsessed with finding a path across the mostly frozen Arctic. Now, scientists are racing to understand a melting Arctic and how these environmental changes will affect us all. With support from the National Science Foundation, the innovative Northwest Passage Project (NPP) consists of a team of scientists, educators, a journalist, an Arctic scholar, and 28 graduate and undergraduate-student science majors.

During the expedition, the team studies water chemistry, microbiology, birds and mammals, and physical oceanography-all in radical transition due to a changing Arctic climate. In addition to documenting at-sea research, Frozen Obsession explores the rich cultural heritage and natural history of the region, visiting an Inuit community to see firsthand how the Arctic's indigenous people are coping with climate change; the graves from the doomed 19th century Franklin sailing expedition; and an inlet filled with white beluga whales. The film also explores the geopolitics of the Arctic as increasing resource extraction, commercial vessels, cruise ships, and military patrol craft now ply this once isolated region.