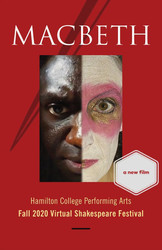 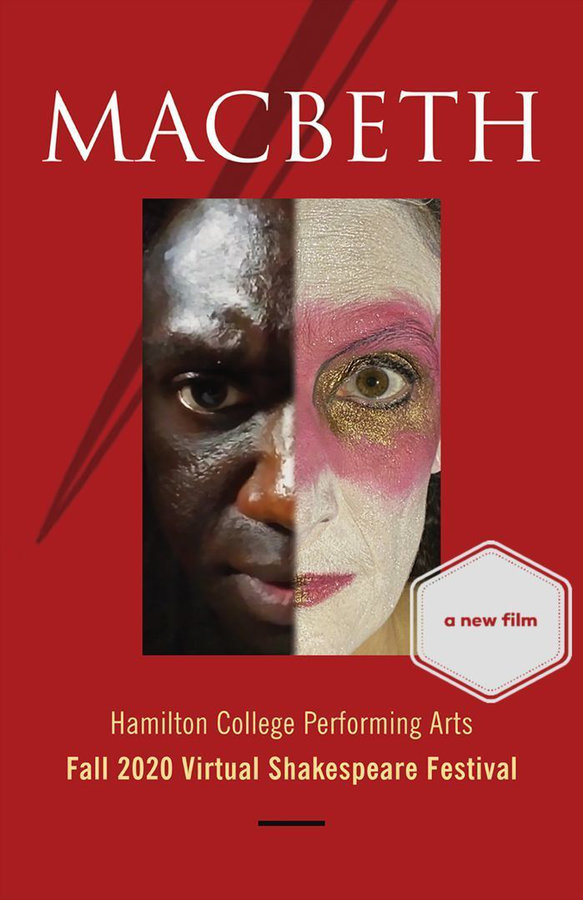 The Hamilton College Performing Arts virtual season begins with a new media film production of Shakespeare's Macbeth. Directed by Gorilla Rep NYC's founding artistic and producing director, Christopher Carter Sanderson, this film was shot entirely in close-up on actors' iPhones. The cast of 29 actors, who hail from CNY, NYC, and London, England, rehearsed each scene together on Zoom before filming on their own.
Alexis Solosky of the Village Voice writes, "Director Christopher Sanderson has crafted a vigorous, vivacious production... an appropriate balance between telling the story and conveying subtleties... Magical..."
This event will be streamed over Zoom with four viewing times: Monday, September 14 at 7:30 pm; Wednesday, September 16 at 7:30 pm; Friday, September 18 at 7:30 pm; and Sunday, September 20 at 2 pm. Each showing includes a Q and A with the director at the conclusion. The event is free, but pre-registration is required. Register at www.hamilton.edu/performingarts. For more information call (315) 859-4350.