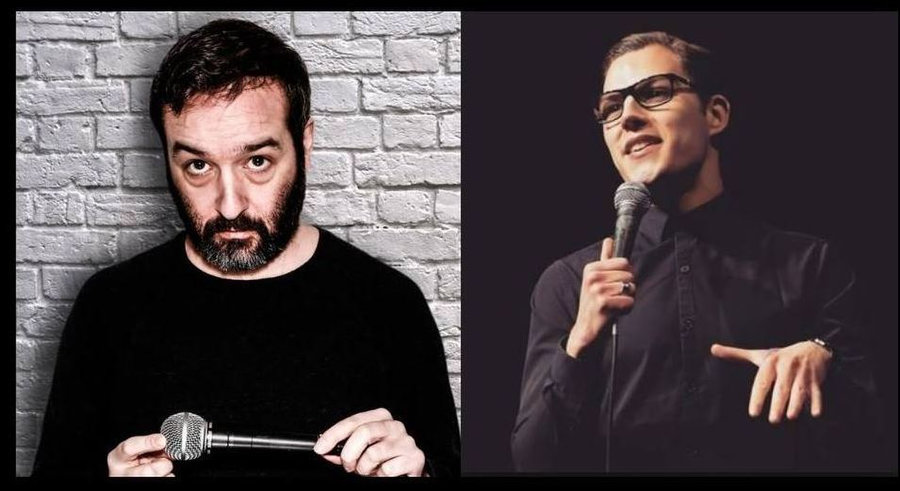 Join us for Copenhagen English Comedy Night at Dubliner, on Thurs, May 16 with more pro comics!

Come and enjoy some great laughs at the cozy Dubliner Downtown venue.

Come and enjoy a pre-comedy drink and food in this lovely cozy bar.

If not eating, there are a number of drop-in seats which are not reserveable and are available first come first serve - Recommended to come by 19.30 to get seats or there is risk of standing to see the show!

Ger Staunton (IRELAND) is a regular headline act on the Irish Comedy circuit and has already been described by the International Comedy Club in Dublin as “One of the best comedy writers in Ireland.” His material is meticulously crafted and delivered in the kind of playful, tongue-in-cheek style that endears him to audiences of all ages and demographics. “Confident storytelling and meticulous joke structure. Among the finest joke-writers in the country.” - Roisin Dubh Comedy

Kelsey de Almeida (UK) Fresh of a showcase show 'AAA Stand Up Late' for the full run at the Edinburgh Fringe Festival, Kelsey has performed at the legendary comedy night 'LATE N LIVE' at the same festival. He has also recorded a stand-up set broadcasted on 'BBC Radio 4 Extra'. He's won 'Best Joke' in a Mock the week competition and also won 'Best gag' for a online competition in 2011 for Teenage Cancer Trust's comedy benefit night at the Royal Albert Hall.