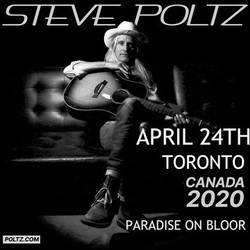 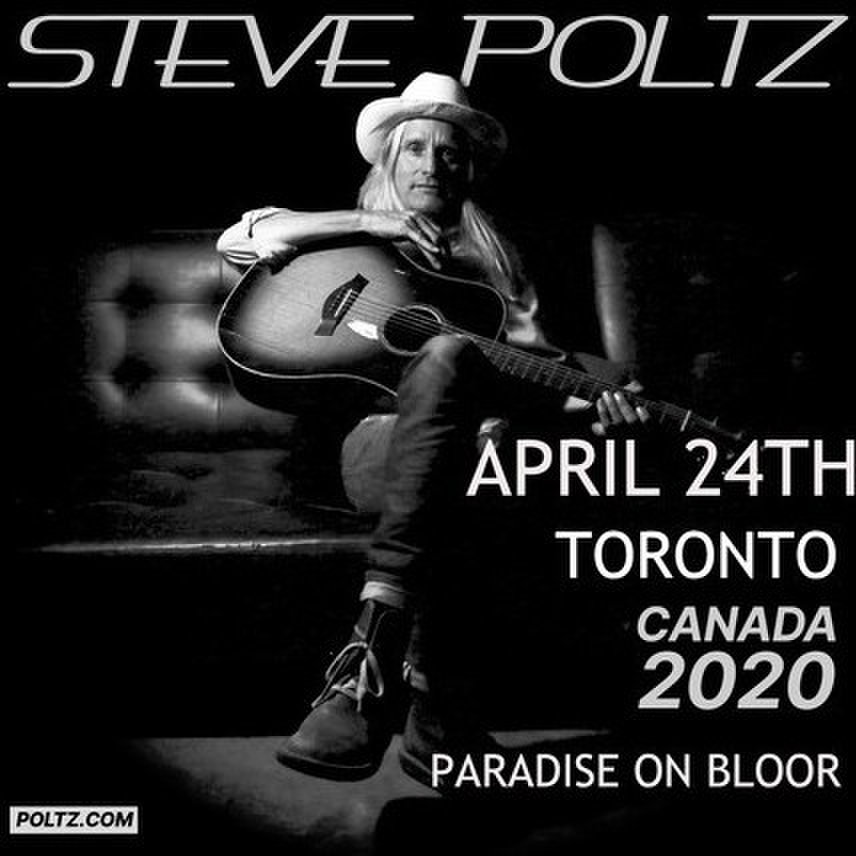 In concert at The Paradise Theatre on Bloor, Steve Poltz performs songs from 2019’s Shine On and from his illustrious 20-year career as a singer-songwriter.

DISCLAIMER 1: The “official” Wikipedia for Steve Poltz describes the material contained therein as “contentious,” not to mention “unsourced or poorly sourced.” We can wholeheartedly assure you Steve remains sourced and rarely contends. Either way, allow us to present the real story from the horse’s (man’s) mouth…

DISCLAIMER 2: (No animals were harmed in the making of this bio.)

Throughout over three decades in music, Steve Poltz did it all and more—often shared by way of his rockin’ countrified folk slices of sardonic Americana (hatched in Halifax). Of course, he co-wrote Jewel’s multiplatinum Hot 100-topping megahit “You Were Meant For Me,” but he also went on a whale watch with her and a few federales that turned into a drug bust. The two still share the story at every festival they play together. He made his bones as the frontman for underground legends The Rugburns, who burned rubber crisscrossing the continent on marathon tours and still pop up once in a while for the rare and quickly sold out reunion gig.

In 20 years since his full-length solo debut, One Left Shoe, he blessed the world’s ears with twelve solo records, spanning the acclaimed 2010 Dreamhouse and most recently Folk Singer in 2015. NPR summed it up best, “Critics and fans alike now regard Poltz as a talented and prolific songwriter.” By 2016, he survived a stroke, endured anything the music industry could throw at him, and still performed like “280 days a year.”

However, he still never lived in Nashville, which represents a turning point in the story and the genesis of his 2018 Red House Records debut, Shine On…

“My girlfriend Sharon sold the condo we were living in, and I was ready to live in a van, which seemed like a good idea for one night—then I decided I wanted a kitchen and a closet,” he admits. “Sharon wanted to move to Nashvi