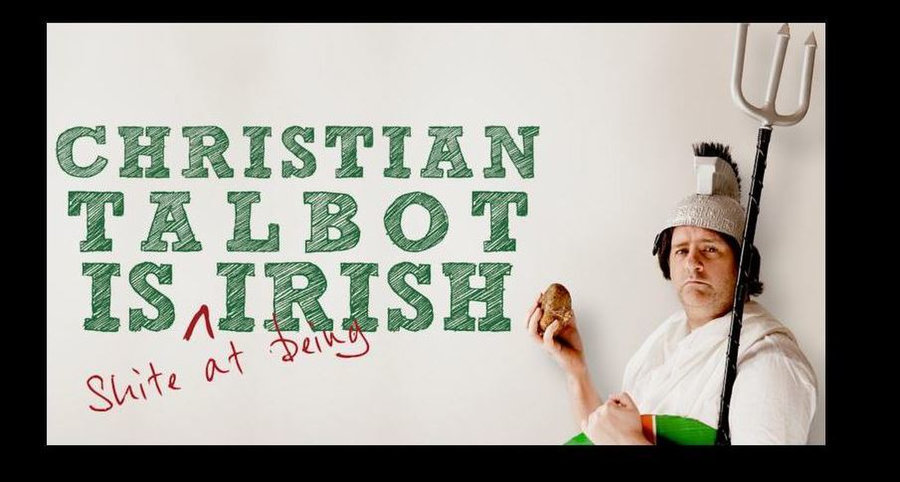 Join us for the Grand Premiere of Luxembourg Comedy's Solo Pro Specials!

Approximately 4-5 thursdays per year, we invite 1 pro act from overseas to perform a recent solo show of theirs - approximately 1 hour of their top material which they usually perform on tours and at festivals such as Edinburgh Fringe.

Our first show welcomes Christian Talbot from Ireland with his solo special called "CHRISTIAN TALBOT IS SHITE AT BEING IRISH".

Show bio:
The whole world wants to be Irish and sure why wouldn't they? So what happens if you actually are and you're shite at it? Christian Talbot looks awful in all 40 shades of green, and he's allergic to Guinness and rain. He can't speak the language and he's afraid of potatoes. Christian Talbot is a stand-up comedian from Dublin, based in Northern Ireland. He is a recent runner-up in the Edinburgh Heat of the BBC New Comedy Award. He is a winner of the Malcolm Hardee Cunning Stunt Award.

"Talbot may call himself 'Shite at Being Irish' but when it comes to putting together a good show, well, he's great at that." - Broadway Baby;

"An absolutely engaging performer. The women next to me nearly dislocated something, so much was she laughing. Can't say fairer than that." - The Scotsman

& MARK YOUR CALENDARS for highlights of other upcoming shows.