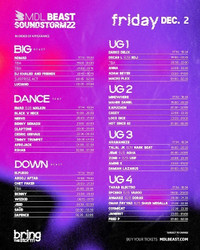 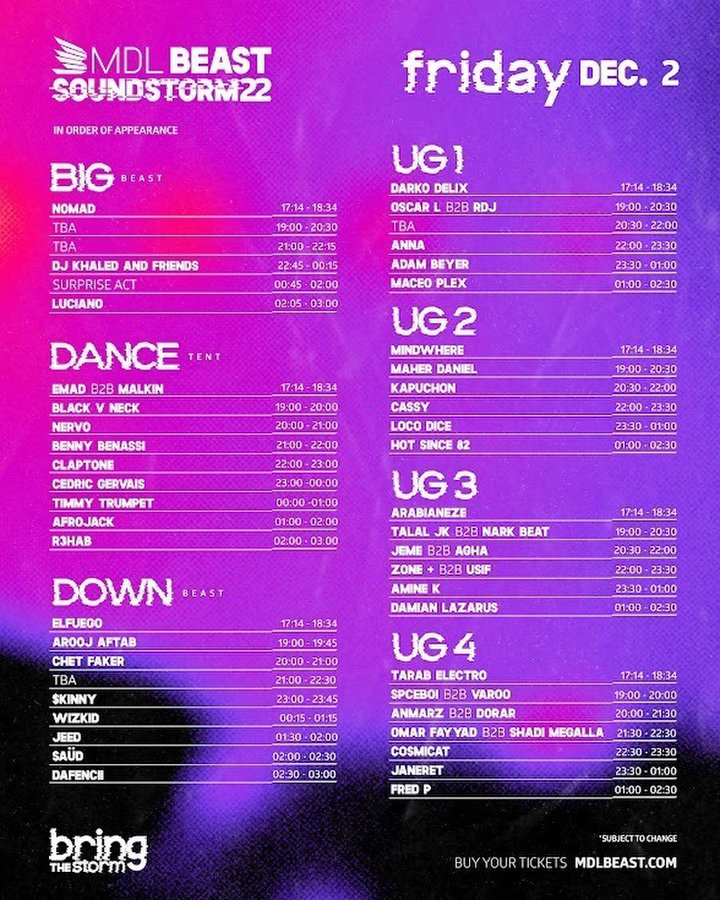 Delivering best in-class entertainment, this year's lineup will be expanding even further to include cross-over genres, which will come to life through performances from some of the world's bestselling artists including Bruno Mars, DJ Khaled , Post Malone and Wizkid.

Over the three-day event, a wide array of international names like Marshmello will be performing along with returning DJs such as Carl Cox, Solomun, DJ Snake and David Guetta. Saudi women DJs such as Biirdperson, DJ Cosmicat, Dorar, Kayan, and Solskin alongside their peers Dish Dash, Vinylmode and regional star DJ Aseel.

If that's not enough, bestselling artists Chet Faker, FKJ, Dimitri Vegas and Like Mike, Michael Kiwanuka, Tiesto and Steve Aoki will join an already packed line-up as the 2022 edition of the Banban-based festival expands to include more cross-over genres than ever before.

Also heading to the Riyadh outskirts will be mega acts Eric Prydz, Hot Since 82 and Ricardo Villalobos, who will be performing alongside returning DJs Jamie Jones, Zedd, Hardwell and Steve Aoki.