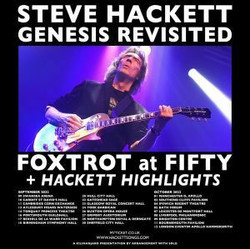 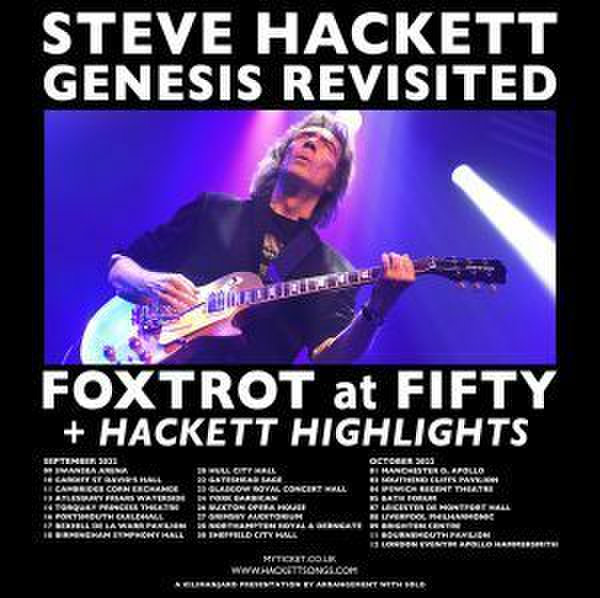 Guitarist Steve Hackett joined Genesis in 1971, making his band debut on the Nursery Cryme album which enjoyed a greater commercial success in Europe than the UK. After extensive touring, the band were encouraged, by audience reactions, to further experiment with ever longer compositions and develop their ability to incorporate strong narratives. This, in turn, allowed frontman Peter Gabriel more opportunity to indulge in the theatrics which helped to raise the band's profile.

"I think Foxtrot was a terrific achievement for Genesis at that time," says Steve Hackett. "I think there is not one weak track on the album, they all have their strong points and I'm really looking forward to doing the whole album live."