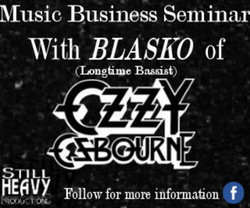 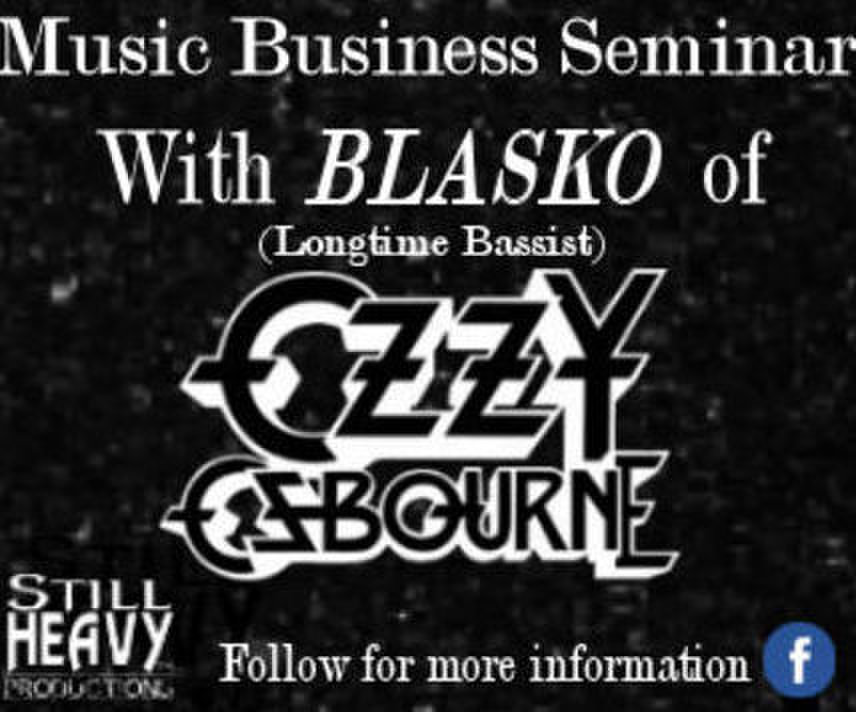 Designed for bands, specifically those who play heavier styles of rock and metal, to get practical industry advice from international professionals. Although, ALL ARE WELCOME! Music journalists, event organizers, and label representatives could find this useful.

You could be chosen to ask a question!
Plus, attendees will be emailed a certificate of attendance.

Blasko worked his way through the ranks of professional musicianship; first by managing and playing in his own bands before being called to the big leagues as Rob Zombie's bassist. He is the bassist on Rob Zombie's first 3 solo albums, as well as Ozzy's last two, but we have him because of his management skills. The man behind Mercenary Management is also the force that brought In this Moment and Black Veil Brides to mass success. Blasko knows what it takes to be on top, he is there and has been for 2 decades.

Kragen has participated in several Exodus promotional tours as the guitarist whose job it is to "capture the feel of what Gary does so that when the audience is there... they hear EXODUS." In addition to being a full contributing member of Heathen since 2007, he has also been responsible for producing titles in some of the world's most recognizable video game franchises like Guitar Hero, James Bond, and Tony Hawk. If legacy bands trust him with their career, Kragen will probably have some information to help your band.