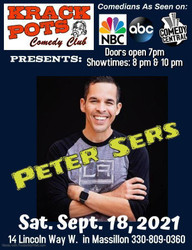 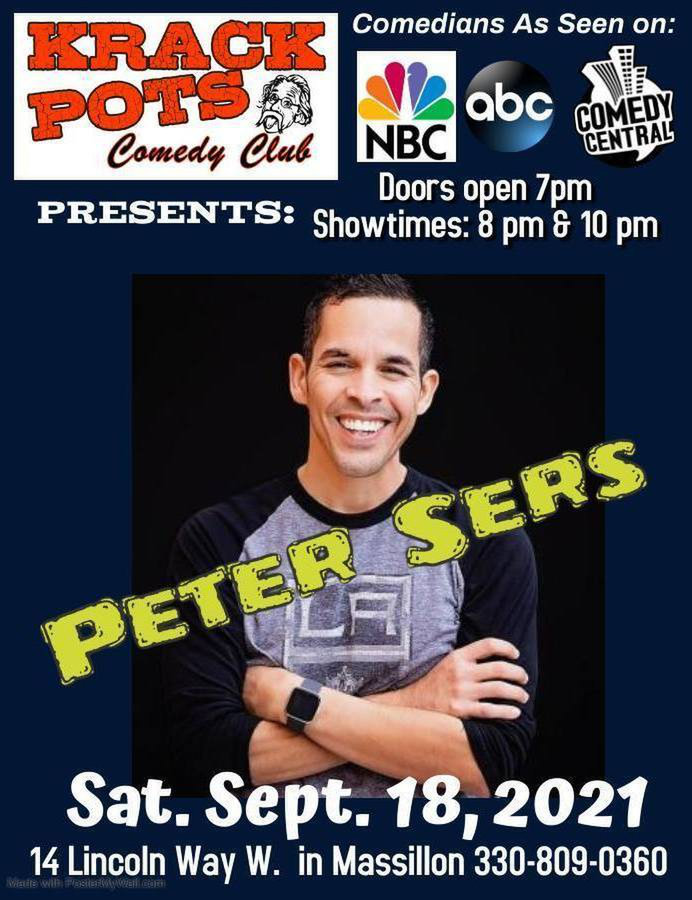 We strongly encourage you purchase your tickets in advance because this is certain to be a sell out performance and tickets available on a first serve basis. Tickets are general admission with a limited number of FRONT ROW SEATING with VIP/MEET and GREET .

Peter Sers is a comedian and actor who grew up in Southern California, but today makes his home in Hollywood. He's appeared on television shows like MTV's Homewreckers and Law and Order: Los Angeles. additionally, Peter is an actor, known for My Blue Heart (2016), Killer Camera Monsters (2020) and The Spearhead Effect (2017).
His comedy can best be described as infectious energy! His likable personality on stage, and ability to relate to all audiences, make him a crowd favorite, a true entertainer. He is currently working on developing a television show, and writing a screenplay. He performs at clubs across the country, and is one of LA's hottest young comics.
Your MC/Host for the evening is from WNIR radio, Tom Cullison whose golden voice and golden hair never leaves you guessing what's really about to go down.
21 and over, 18 years of age with parent or legal guardian.