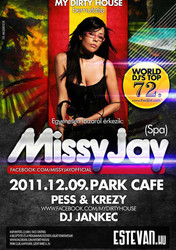 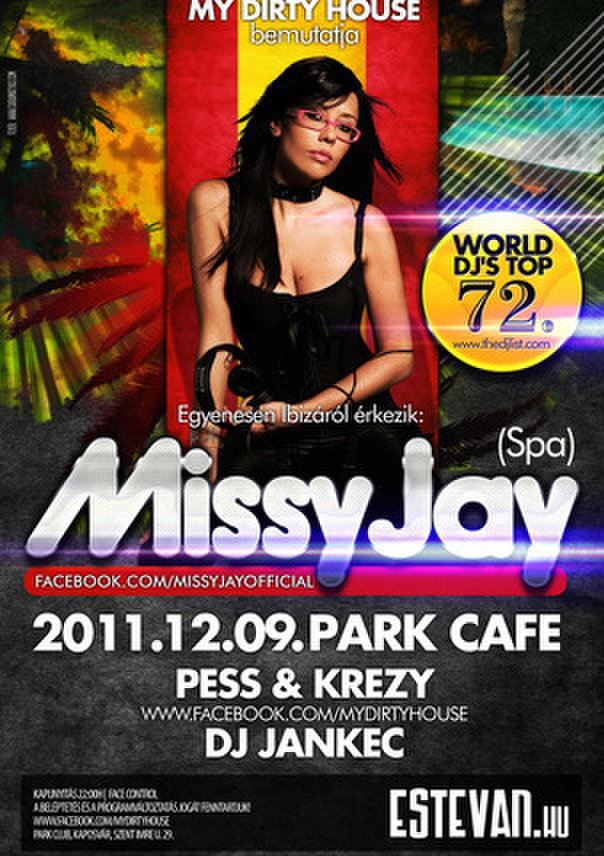 Internationally acclaimed DJ, Missy Jay, announced that she will be performing at Park Club in Kaposvar, Hungary in December.
I am really looking forward to the opportunity to perform a DJ set in Hungary ,” said Missy Jay. “I’ve been there recently for another DJ Set and it was simply amazing. I am so excited; I can’t wait for next December.”

The gig marks a return of the popular DJ to the country’s vibrant electronic music events and theHungarian club scenel after extensive touring and performing around the world. A resident of Ibiza for many years, Missy Jay comes back to Hungary after playing Techno Festivals throughout Italy, France, Tenerife, Switzerland, Romania, Albania and Georgia. From the Miami International Boat Show in the U.S. to the world famous Glitter parties in Algeria and Bahrain, Missy Jay has played them all.

Her impressive resume includes gigs in the U.S. at the Los Angeles West Hollywood Circus Arena and Electronic Music Movement in Detroit. She’s performed her music magic for Vincci Hotels and Pacha, in Qatar for W Hotels, and the Café del Mar in Brazil. Missy Jay’s bookings and accolades extend to Greece, Hungary, Luxembourg, Azerbaijan, Egypt and the UAE.

Missy Jay’s return to Hungary's music scene will provide music lovers and club-goers with a unique opportunity to experience the stylings of one of the most talented and well-known DJs in the world.

For more information, fans can follow Missy Jay on her socials. Those that would like to have Missy Jay at their club, or festival can contact Vanessa Clark at Female Top DJs Agency in London.