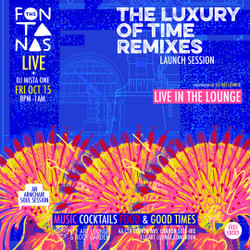 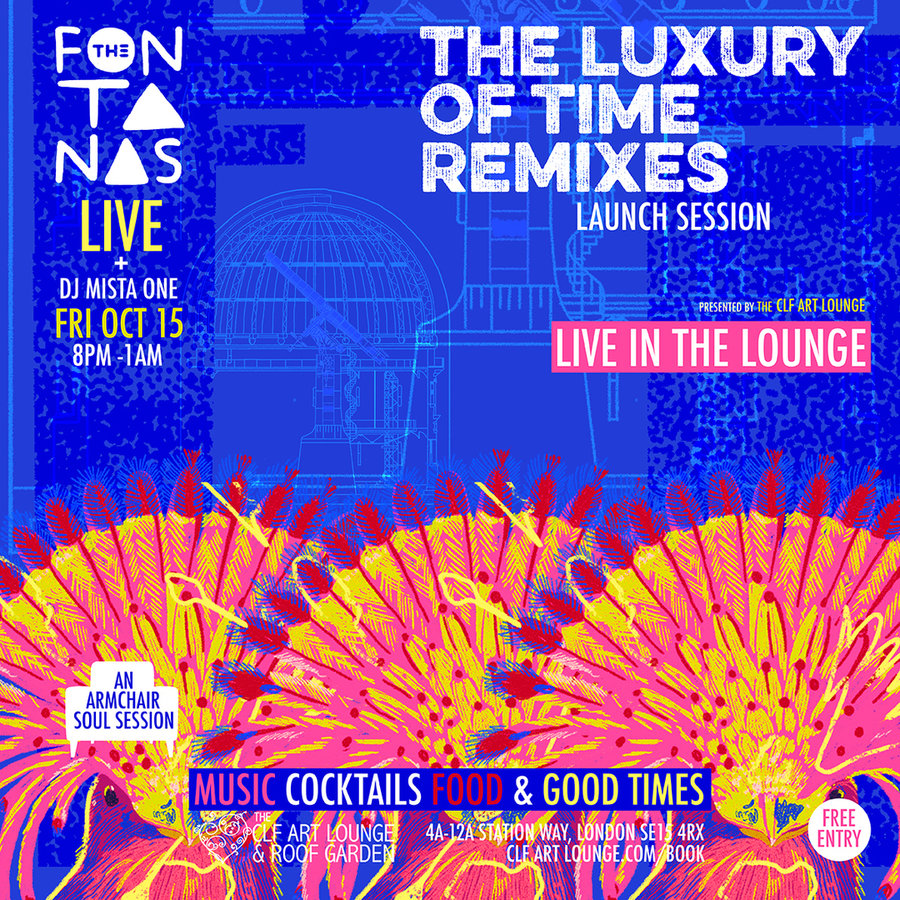 THE FONTANAS 'LUXURY OF TIME' REMIX EP LAUNCH SESSION (LIVE)! Fri Oct 15 - Have we got a funked up Latin trip for you as LIVE IN THE LOUNGE returns with a truly sumptuous and well lively session deep in the Lounge, with absolutely stunning Latin Funk Band THE FONTANAS (LIVE). The Fontanas here for the Live launch of the REMIX EP version of new funky latin and Brazilian themed album THE LUXURY OF TIMES. The Fontanas performing 3 soul bursting live sets alongside MISTA ONE who'll be on heavyweight vinyl duties from start to finish, FREE ENTRY at The CLF Art Lounge and Roof Garden.

Believe us when we say, this is one show you really gotta see! One word ... HOT!

Rooted in soul and soaked in funky Latin and Brazilian influences THE FONTANAS have found the sweet spot between tight funk grooves and swinging Latin rhythms taking influence from the likes of The Dap Kings and Banda Black Rio, The Fontanas have built their solid live reputation through a series of knockout European tours and festival performances.

The Luxury Of Time - Album

Featuring the inimitable Kay Elizabeth on vocals and harnessed by producer Sam Fontanas, the band come together to produce a sound which packs in Brazilian percussion with a killer brass section via a crack squad of friends and musicians who play alongside the likes of Incognito, Mr Scruff and Alice Russell.

Artists: The Fontanas, Mista One