An Evening of Comedy with New York Comedian Sharon Simon 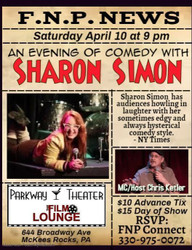 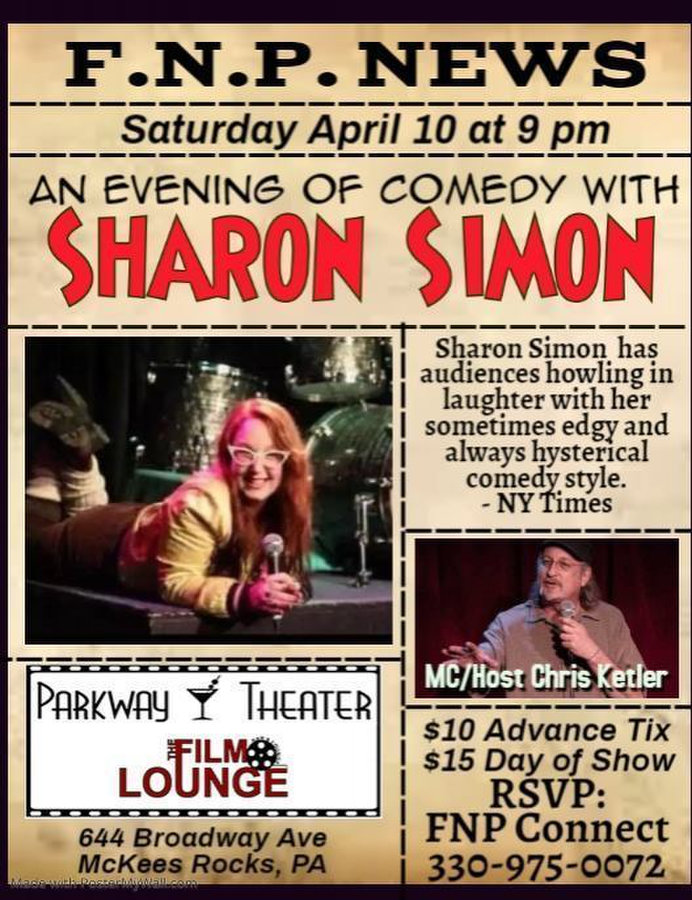 FNP and Parkway Theater and Film Lounge invites you to An Evening of Comedy with Sharon Simon from NYC on Saturday, April 10th @ 9pm

Tickets for this show are available through Eventbrite or by calling FNP Connect 330-975-0072. Advance tickets are ONLY $10. Tickets at the door day if show $15. Be sure to check out the limited number of VIP/Meet and Greet tickets

Headlining the show tonight is the return of the very funny Sharon Simon to a FNP stage. Sharon has audiences howling with laughter with her sometimes edgy, always hysterical comedy. She loves the crowd and engages her audience so no two shows are exactly alike. Although she performs all over the country, she calls New York City home, where she is a regular at major clubs like Greenwich Village Comedy Club, West Side Comedy Club, Broadway Comedy Club and Dangerfield's. Sharon is a seasoned comic of not only stage but has also been featured on Television's Saturday Night Live, The Wendy Williams show, and more. In good times and bad, Simon Says Laugh, and you will. FNP is very happy to welcome her to Pennsylvania for your enjoyment!

And featuring Mike Jenkins,The "Mad Dawg of Comedy" brings a unique combination of madness, high energy and fun loving absurdity wherever he takes the stage.