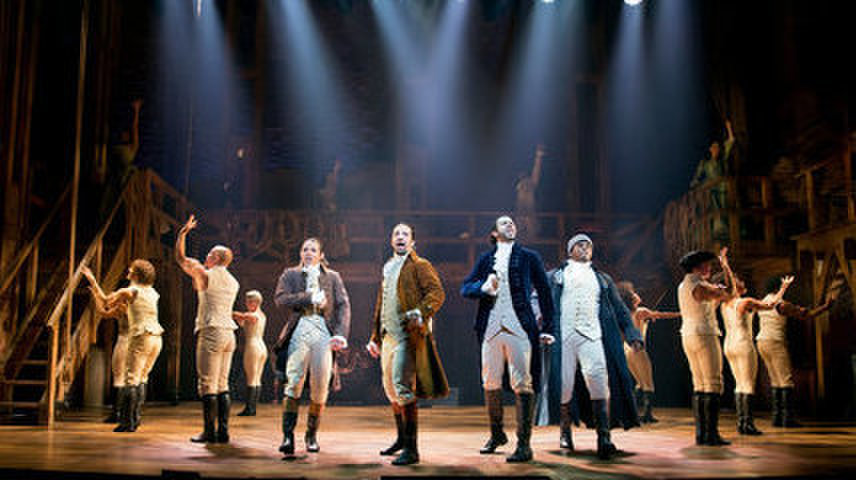 Hamilton: An American Musical details the life of Alexander Hamilton, who most people would only recognise as the face on the ten dollar bill. The idea the founding fathers using modern language and engaging in rap battles is certainly a novel one, but one that evidently resonated with people all over the world.

Part of what makes Hamilton so revolutionary is the decision to have an almost entirely non-white cast. Miranda’s intention was to represent America as it is today, and for a Puerto-Rican American, diversity is extremely important to him. The show gives actors of color a chance to play prominent historical figures in a way that's accessible and relatable to a modern audience.

Hamilton teaches the younger generation about America’s history using language and music that they feel connected to. The facts are not 100% accurate, but it's a great entry point into history that is aimed towards millennials but never feels like it's trying too hard to be “cool”.

The music consists of 46 tracks, comprised of a mixture of styles including hip-hop, rap, jazz, R&B, dancehall, and ballad, all interspersed with elements of showtune. The soundtrack is a piece of genius in itself - several lead characters have their own musical themes and chord progressions, and each song flows perfectly into the next.

Every lyrics is carefully thought-out, foreshadowing the rest of the show or establishing relationships between characters. Individual characters have their own style of music to match their personalities - from Hamilton’s face-paced rapping to Jefferson’s slow, jazzy tunes, each character