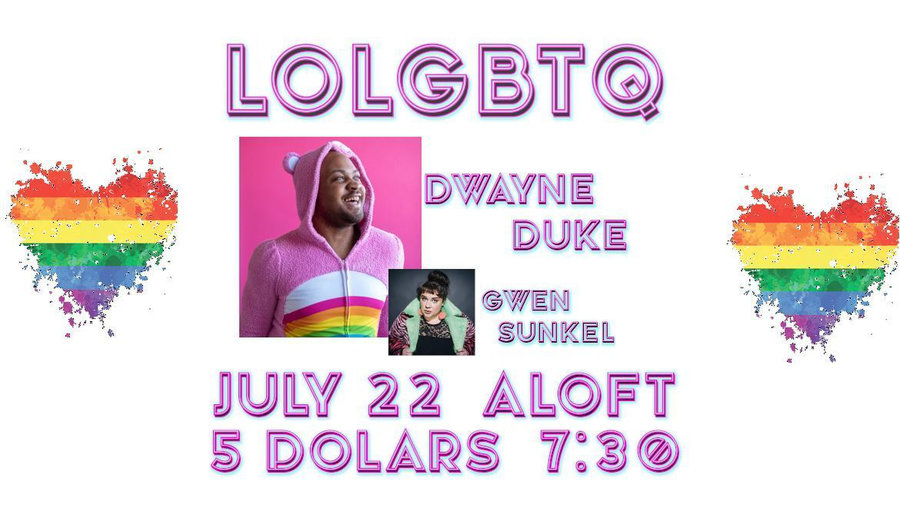 The headliner is Dwayne Duke, originally from Cleveland, Dwayne travels across the country performing comedy and is the founder and producer of the Midwest Queer Comedy Festival.

The featured comedian is Indianapolis' Gwen Sunkel, who co-hosts a series of comedy shows that have raised over $15,000 for reproductive health groups in the Midwest.

General admission tickets are just $5. Reserve a table that seats four for $20.

Full bar service is available at the Corner bar in the Aloft's comfortable lobby.