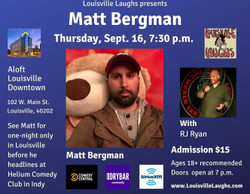 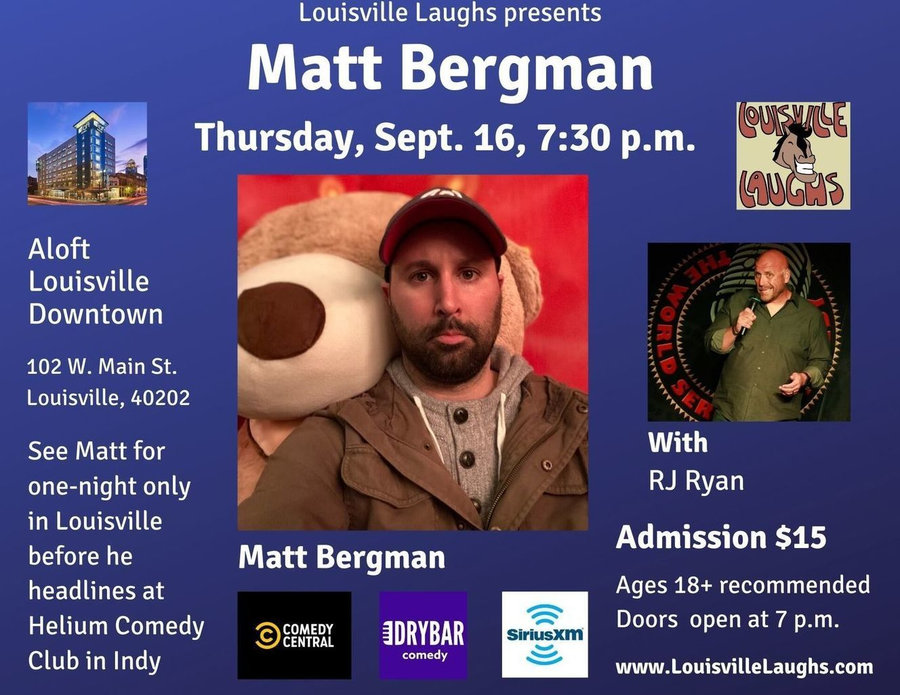 Plan for a fun night out with comedian Matt Bergman at the Aloft Louisville Downtown.

Matt is easily relatable and versatile, a skillset that has opened the door to TV appearances on Gotham Comedy Live, Comedy Central Live, and a Dry Bar Comedy Special. His album "Approbation Constante" can also be heard on SiriusXM.

Matt will be in Louisville for one-night only before heading to Indianapolis to headline at Helium Comedy Club. Joining him will be comic RJ Ryan, a veteran of the World Series of Comedy.

Tickets are $15. Food and drinks are available at the Corner bar in the comfortable Aloft lobby.